Last year, I wrote a blog on the increase in file sharing on networks, and it was a tad controversial. There were a few challenges from various angles on this specific statistic that came from reasonable places. First, there had been a lapse in the Phenomena Reports for almost two years and, second, we were now drawing from a vastly different data set than previous editions. I also made a prediction that file sharing would continue to grow for a few reasons, and I was anxious to see if my predictions held water (I tend to be conservative in my predictions, but this one felt right).

Here is what I said in 2018 when file sharing was 22% of the upstream bandwidth consumption:

There are several possibilities for why file sharing is changing and increasing in EMEA and APAC:

If you analyze the points above, not only do they still hold true, the conditions have worsened. Video providers are even more fragmented (that is tomorrow's blog!) and Game Of Thrones completed the final season aired. The result:

In EMEA, file sharing was a stunning 44.26% of upstream volume.

Not only is upstream traffic growing with file sharing but the downstream also has grown, with growth from 2.84% to 4.24% and BitTorrent appearing in the top 10 in the downstream for EMEA and APAC. In fact: 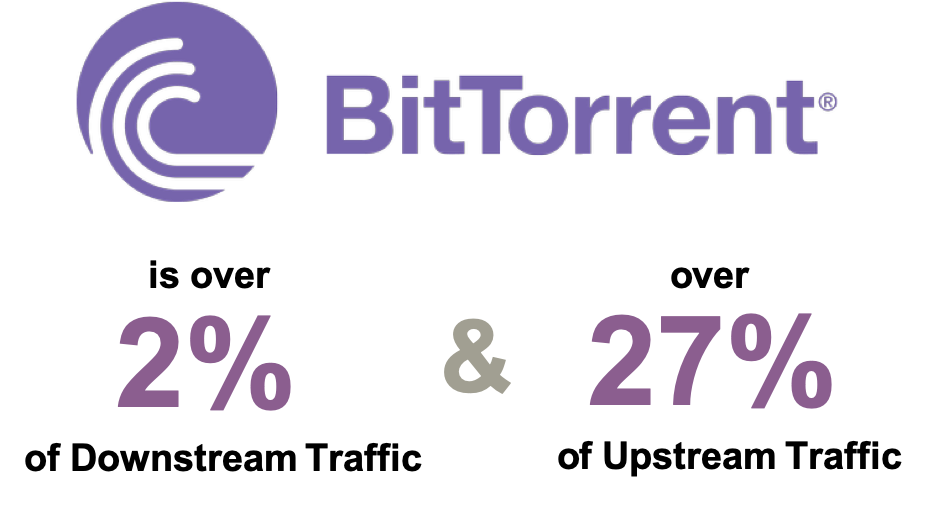 The data for this year is conclusive — same methodology, similar (if slightly larger) data set worldwide. The reasons for the growth might be put forward as a result of the unicorn event of the final season of Game of Thrones (which I agree was a factor), but even if you smoothed out Game of Thrones, the growth would have been significant.

Netflix aggregated content and made piracy reduce worldwide. With the ongoing fragmentation of the video market, and increase in attractive original content, piracy is on the rise again. File sharing is one method that is regaining popularity (we will discuss others), and we expect to see this continue.

If you missed any of our other blogs, here are a few of the can't miss ones I recommend:

Brands that dominate the Internet