Last year, we reported that we saw an uptick in file sharing for the first time in several years. Since we had changed the way that we do the Global Internet Phenomena Report, specifically from a much larger sample size, it was hard to compare apples to apples to provide hard proof. Well, this year we have it, and a big driver was exactly what you would expect it to be — Game of Thrones.

I'll talk more about this in another spotlight report, but one of my favorite topics is file sharing. Last year, I made an assertion in the Phenomena Report that the reason we saw that uptick in file sharing was due to the beginning of the fragmentation of video streaming providers. With so many high quality exclusive shows on different streaming services, as an avid consumer of video content, it is challenging for me to get access to all the shows I want to watch without purchasing not just one or two streaming services, but sometimes even four or five.

Here’s what’s just off the top of my head in the past year: Jack Ryan and The Boys on Amazon Prime, The Handmaid's Tale on Hulu, Stranger Things on Netflix, Game of Thrones on HBO, Star Trek Discovery on CBS All Access, and Cobra Kai on YouTube Red. Last year, Hulu and Amazon Prime made major investments in content, and more and more streaming services are launching and announced (like Disney+) that will continue this trend.

But the king of 2019 has been Game of Thrones. No matter your opinion of the final season, it was hotly anticipated, and people wanted to watch it immediately. They knew that if they waited, they would be spoiled by tweets, articles, social networking posts, and even broadcast news stories. So, people endeavored to get access to the shows through whatever means necessary. For old school video consumers, they had HBO on their cable or maybe IPTV package. Some cord cutters had HBO Go service. Yet others used piracy, either a Kodi service offering or using BitTorrent file sharing. Let's look at how these different services appeared to network operators from a usage perspective. 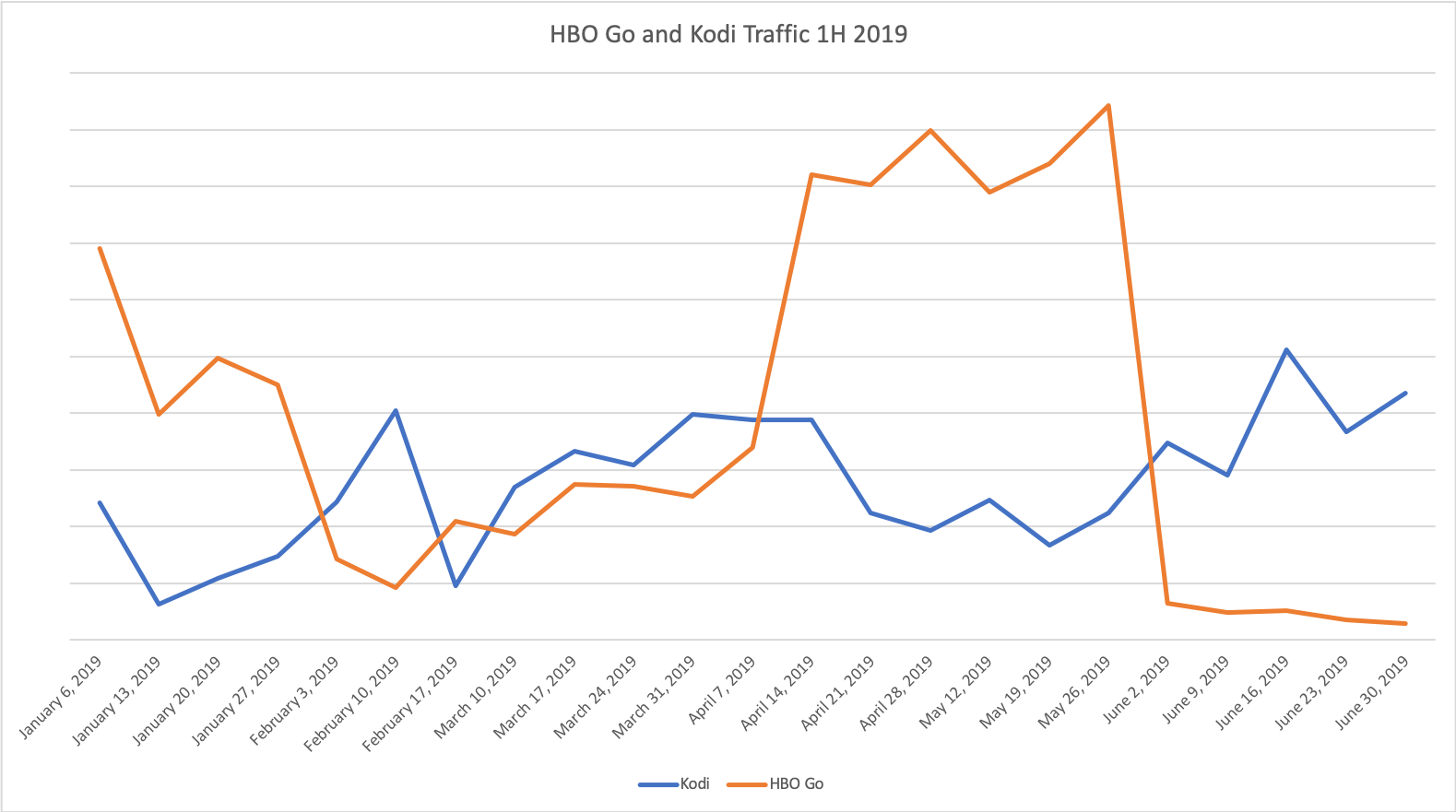 As you would expect, HBO Go peaked during the Game of Thrones season, and has fallen precipitously since then. The interesting thing to note is that the volume of Kodi traffic (which is typically a pirated IPTV service) exceeds the volume of HBO Go normally.

What is slightly scary is that if you look at the file sharing trends for 2019, it shows a very similar pattern: 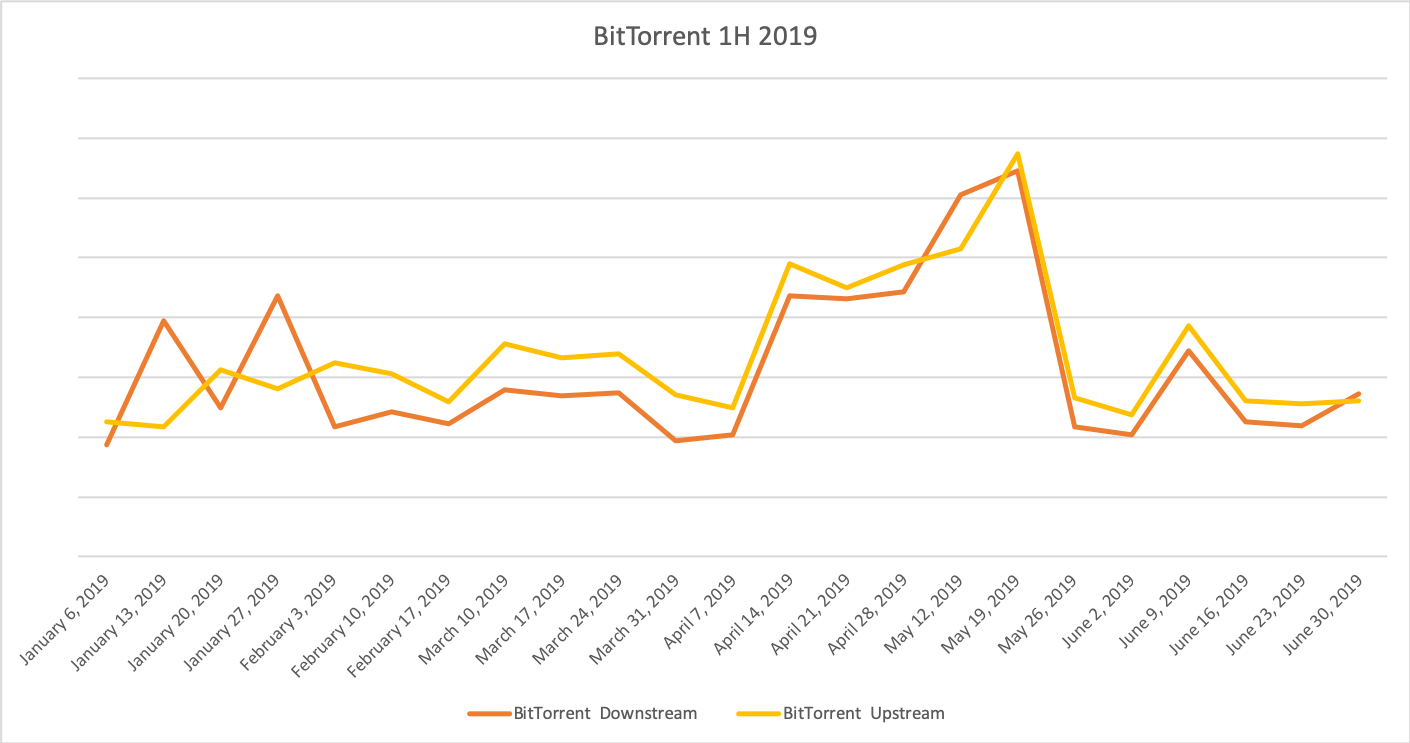 Notice the big spike during the Game of Thrones series finale (it is also worth noting that on April 22, Avengers: Endgame was released). It is also important to note that I could not make these graphs overlay on each other, because the volume of file sharing was orders of magnitude greater than both Kodi and HBO Go and they would have appeared to almost be zero by comparison.

I'll share more on file sharing in a few more blogs, but this is a stark demonstration of what the "streaming wars" will result in for network operators — not just more video streaming, but the revival of file sharing, which will take every bit of bandwidth that it can take when it is used.