Stretched Between Opposing Forces of Customers, Big Tech, and Regulators 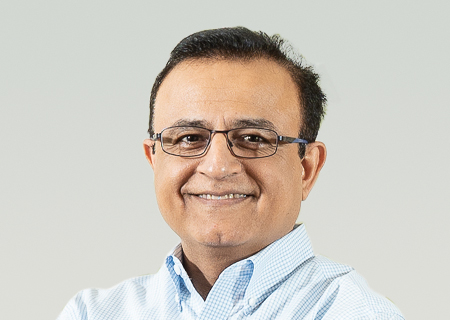 Never has understanding network usage down to the application, device, subscriber, plan and location level been more important. Bloomberg recently reported that the European Commission will send out a questionnaire in upcoming weeks to assess the need for “fair share” remuneration, putting the onus on network operators like Deutsche Telekom, Orange, Telefónica, and Vodafone to prove there’s an outsized impact of streaming video on their networks, and on their ability to cost effectively deliver the performance streaming services demand. They’ve been unified in their contention that degradation of QoE for all consumers will be the result if digital platforms and hyperscalers continue to flood networks without investing in the enhancements necessary to optimize app QoE as apps become more complex and demanding.

While service providers continuously assess traffic volume and how their network resources are being utilized for the sake of guaranteeing a positive user experience over their networks, they now must discern just how much of their network capacity is attributable to an individual category of apps (like video, gaming, web browsing, messaging), or to individual apps and content behaviors within those apps (like streaming versus downloaded under Netflix, YouTube, Disney+, TikTok, Apple+, Hulu and others).

Service providers must clearly show how much of their capacity and thus investment dollars come from the growth of the most popular apps, and why. Is it because more and more subscribers are using the apps? Are they using them for more hours out of their days, on more devices, or is each individual session using more bandwidth than before? And how has this been trending over the last three years, and where is it projected to go from here? How much of the CAPEX bill is directly related to NetFlix traffic, Youtube Traffic, etc?

To succeed, they need a trusted single source of data that is vendor neutral, as well as very sophisticated traffic classification and “scoring” technologies. In essence, a higher level of application and network intelligence that will not only optimize app QoE for subscribers, but also illustrate the value they provide for those profiting heavily on their network investments.

“Service providers will have to continue to invest in CAPEX, overprovisioning capacity to ensure they can keep up with the moving target of best-possible QoE for the most popular apps and services in the moment.”

The type of application intelligence used to detect and manage capacity and congestion will now help service providers around the world prove the value they deliver on behalf of streaming platforms and other digital hyperscalers. In other words, app QoE-driven application and network intelligence will increasingly help operators prove the disparity between what they pay in infrastructure to enable others’ profits and what they recover through modest network-usage fees.

Consider how in the United States, AT&T and Verizon are asking the FCC to charge streaming platforms and search companies via the quickly shrinking Universal Service Fund (USF), which has suffered from the losses of traditional communications profits. Joining in that fight is a coalition of 332 entities including The Rural Broadband Association, which helped commission a study that showed 75 percent of all traffic over four rural broadband networks came from Amazon Prime, Disney+/Hulu, Microsoft Xbox, Netflix and YouTube. The study revealed that 77-94% of total network costs were related to adding capacity or otherwise supporting the delivery of these streaming services, making rural broadband unsustainable for the long term in its current form.

Of course, video is just the tip of the iceberg, as other types of apps and content within those apps eat up more and more capacity as well. In our 2021 Global Internet Phenomena Report, streaming video did indeed dominate, with 54% percent of total Internet traffic, but social, web, gaming and messaging were gaining (13%, 10%, 6%, respectively). In this year’s report, we expect a continued rise not only in streaming video, but also in other latency- and speed-dependent apps like gaming and immersive AR/VR and metaverse apps. We see already that as operators stand up 5G networks, their subscribers rush to more innovative services, often doubling data consumption.

To accommodate, service providers will have to continue to invest in CAPEX, overprovisioning capacity to ensure they can keep up with the moving target of best-possible QoE for the most popular apps and services in the moment. They’ll have to continue to invest in operations and management systems that squeeze out more efficiencies from what they’ve got.

But as margins get thinner, these business practices will not be sustainable. They must be able to do what other companies in other industries do: monetize products and services according to the value they deliver and the level of consumption they support for different tiers of customers and plans. They need to generate new revenue streams that can then be reinvested into the very networks that are driving innovation across all industries, enabling services and apps that are transforming people’s lives and the ways businesses, institutions and governments operate.

This evolution toward sustainable business models for telcos will require app QoE-focused application and network intelligence – the type of which will measure and quantify the value delivered across a spectrum of users and needs—from non-critical to critical, from light usage to heavy usage. Not being allowed to do so relegates operators to a future as dumb pipes, with little incentive or means to invest into the infrastructure that enables and drives ubiquitous access to new levels of innovation. Sandvine enables service providers to analyze, optimize and monetize application traffic, and they can rely on Sandvine to be the single source of truth to help regulators help them.

To learn more, contact us and check out our new on-demand webinar and eBook.

Samir has over 30 years of experience in the communications industry and leads Strategy, Marketing and Product Management in his capacity as Chief Solutions Officer. Prior to Sandvine, he served as VP & GM of New Markets BU and VP of Products & Portfolio Management for both Service Provider and Enterprise businesses at Netscout. He was instrumental in successfully harmonizing the portfolio of disparate businesses from Netscout’s acquisition of Danaher’s communication platform. He held several key leadership positions in the company in his 18 year tenure, including Product Management, Channel Sales, and Product and Commercial Marketing. Samir has worked in various capacities at Ericsson and Alcatel-Lucent in Engineering and Services organizations. He holds a Master of Science in Telecommunications from Southern Methodist University in Dallas, Texas.