The COVID-19 worldwide stay-at-home orders have created unprecedented internet changes that continue to shift as the crisis continues. The biggest shift is that enterprise, education, and public WiFi traffic have now (mostly) collapsed onto a single access network — fixed consumer broadband. This is the first time that we have an opportunity to get a more comprehensive view of consumer broadband usage, and answer the burning question: "What is the #1 application on the internet?" And the answer is overwhelmingly YouTube. 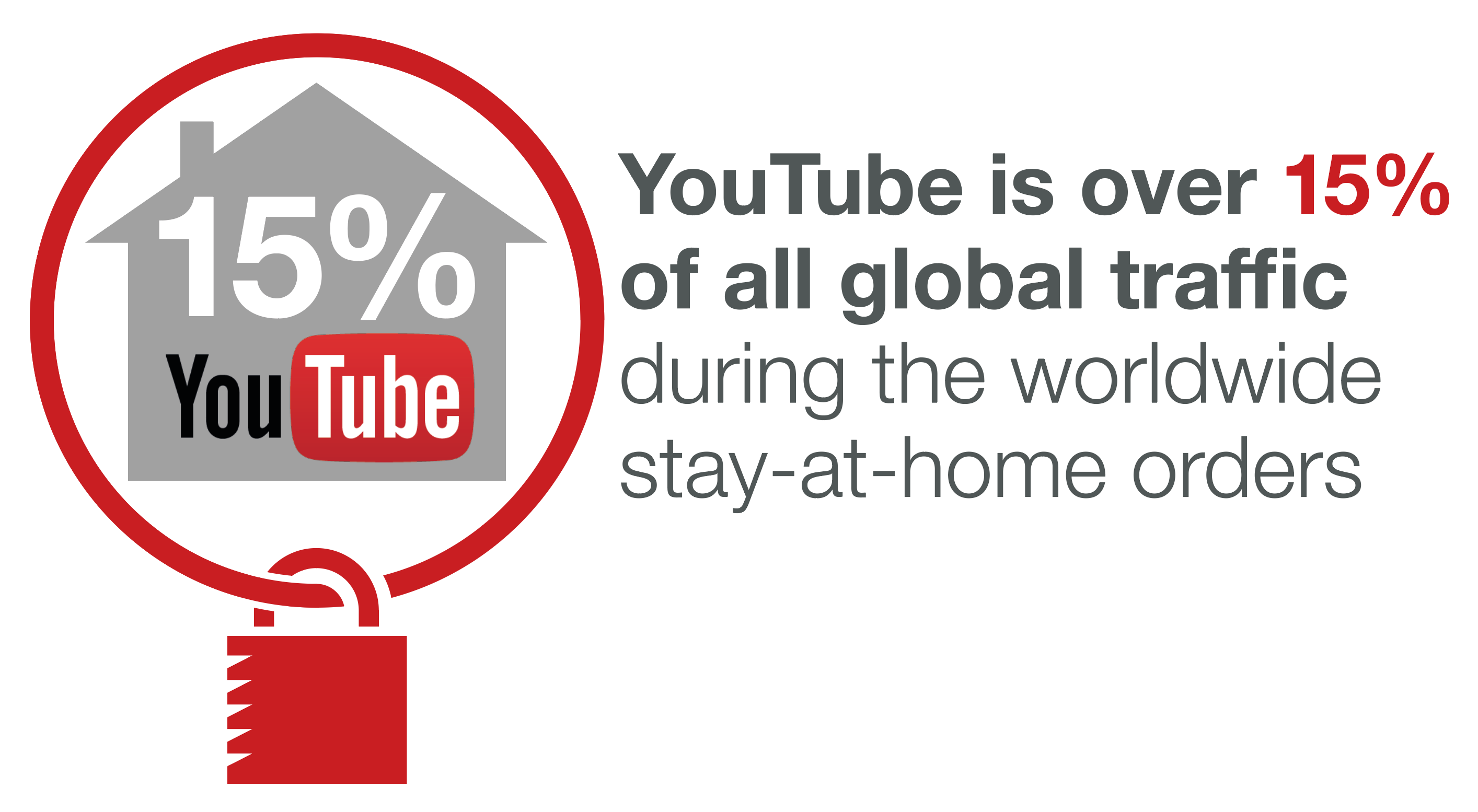 During the worldwide stay-at-home orders, we are seeing all of the YouTube traffic that is normally dispersed on multiple networks concentrated on the home — all the viral videos watched at school and on the bus, the cat videos at work, and the learning videos at work and at school. This has resulted in a more than doubling of YouTube traffic on consumer broadband networks, and represents the new "normal" during this worldwide event. The data shows that when the stay-at-home orders began, we saw the amount of YouTube traffic on consumer broadband networks immediately double — and it kept growing from that base.

YouTube has always been the leader on mobile networks by far, but Sandvine's footprint on education and enterprise networks is not significant enough to influence the Global Internet Phenomena results each year, so that massive volume of YouTube is not accounted for in the regular reports. This report takes the vast majority of that traffic that is now being consumed at home by all of a consumer's devices — laptops, tablets, mobile phones, PCs, consoles, smart TVs, and even connected fitness devices — and gains a more complete view of consumer internet consumption.

It is important to note that YouTube has reduced the default resolution of their videos to SD during this time — and if they had not, it is likely that their number would have been even higher. To be fair, so would have the other major OTT services — Netflix in particular has the largest 4K video library of original content — but the sheer volume of YouTube traffic seen leads me to believe it still would be #1.