One of the first predictions I made when the stay-at-home orders began to spread globally was that we would see an increase in gaming traffic. Not the most controversial prediction to be sure, but one that actually has a major impact on network operators since gaming can be both a network congestion source with massive gaming downloads, but also a quality of experience (QoE) problem when latency is high. During this period, gaming grew its share of consumption of overall internet bandwidth over 2%.

The first impact we saw in customer networks worldwide was a spike in gaming download traffic as the stay-at-home orders began to roll out. Consumers foresaw plenty of spare time, and promptly proceeded to download any games that they wanted to play during their time at home - whether it was in their normal spare time or during work, err... "breaks." 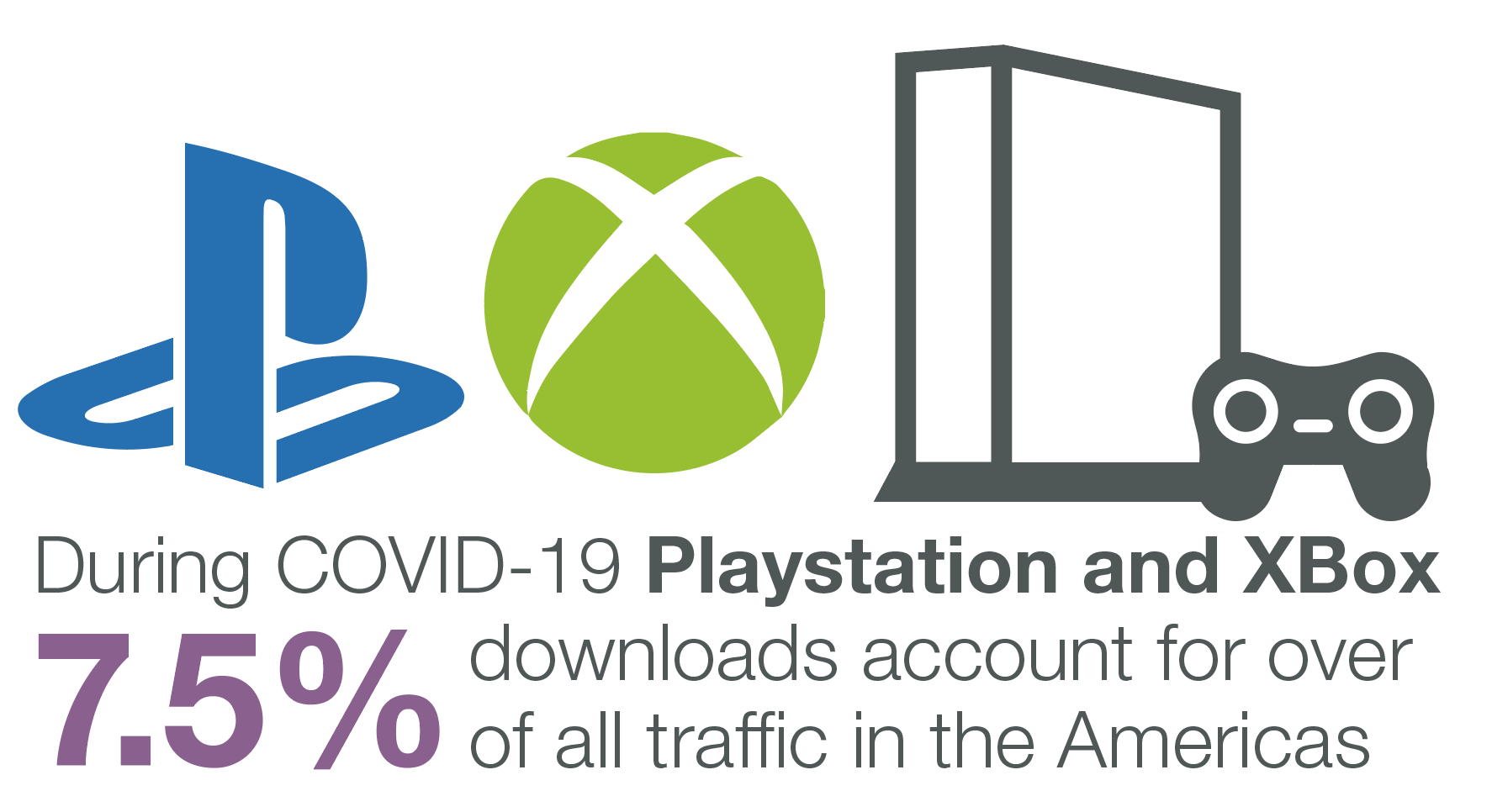 Many networks immediately implemented prioritization to ensure that the gaming downloads (which can be over 100GB for some of the leading games on the market) would not crowd out real-time traffic sensitive to poor QoE like video or even interactive gaming. This became such a global issue that Sony even announced that they would be reducing download speed directly from the PlayStation store. Here is what we saw as part of the Phenomena data for PlayStation Network downloads: 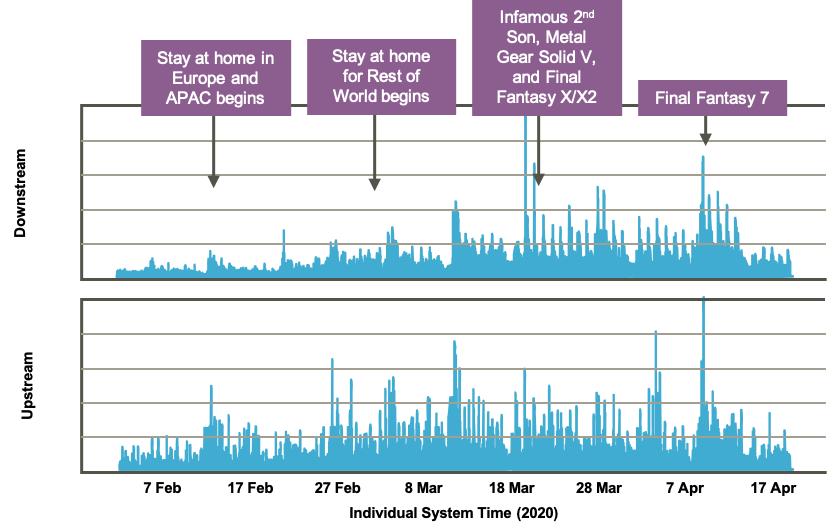 As the stay-at-home orders began to spread, we saw a step function in download consumption, and then as new, high profile games were released, the normal cycle of new game downloads hit every Tuesday (which is game release day). Notice that the volume in general is significantly higher than the beginning of February throughout the entire report period.

Beyond download, what happened with interactive games? We know people are playing them extensively during this time, so what are the most popular games by volume? The leader is maybe not what you think: 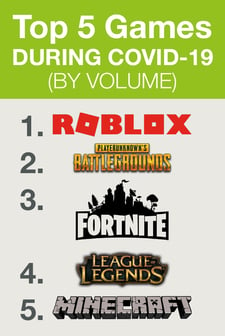 Roblox, which has been a leader in bandwidth consumption essentially since the last Global Internet Phenomena Report, leads the way as the number one consumer of interactive gaming bandwidth. The game has become very popular among school-aged children and parents as a back door learning tool, even allowing players to create their own games. The next three games are the traditional leaders in gaming consumption — Player Unknown Battlegrounds (aka PUBG), Fortnite, and League of Legends. These games are the most popular online action games and all made sure to offer new twists to keep players engaged during a time when they can both get mindshare as well as encourage a little extra spending on microtransactions and get more active play time for their growth statistics. The final game on the top five is the never ending world builder Minecraft, which shows no signs of slowing down as a force in the gaming space. These are just the leading games, and the list of games that were in the top 1000 applications worldwide was pretty long.

Stay tuned this week as we give a few more peeks into the COVID-10 Global Internet Phenomena Spotlight Report we will be releasing this week, as well as the webinar series on Thursday, 7 May — register below!