We knew it would be big. We knew there would be engagement. The only question left is, will it last?

Okay, so not so much a spoiler alert as a confirmation of what we expected to happen. Despite some initial hiccups, Disney+ has been climbing the Global Internet Phenomena charts pretty much from Day 1. On a major US cable network, by Thursday, Disney+ was already at almost 5% of total downstream traffic, right behind Netflix and YouTube but ahead of Amazon Prime and Hulu. 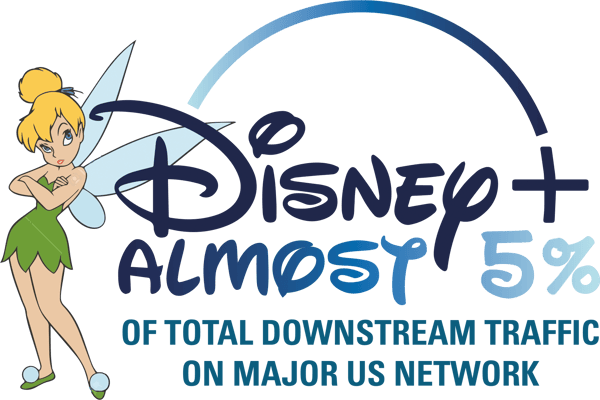 Like many others, the first thing I did when I woke up on Tuesday was open the Disney+ app on my iPad and immediately hit the download button for The Mandalorian, episode 1. While it was downloading in the background, I watched the episode as a stream — all on a hotel WiFi network at great quality. Maybe I beat the rush, because I didn't see any issues while I was watching or streaming. Of course, I did have to go to work not long after, which is when the rest of the world woke up and started fighting for bandwidth on the service!

We saw usage grow from a subscriber perspective during the first day. The graph below illustrates a different view of engagement by the number of subscribers using the service during the day: 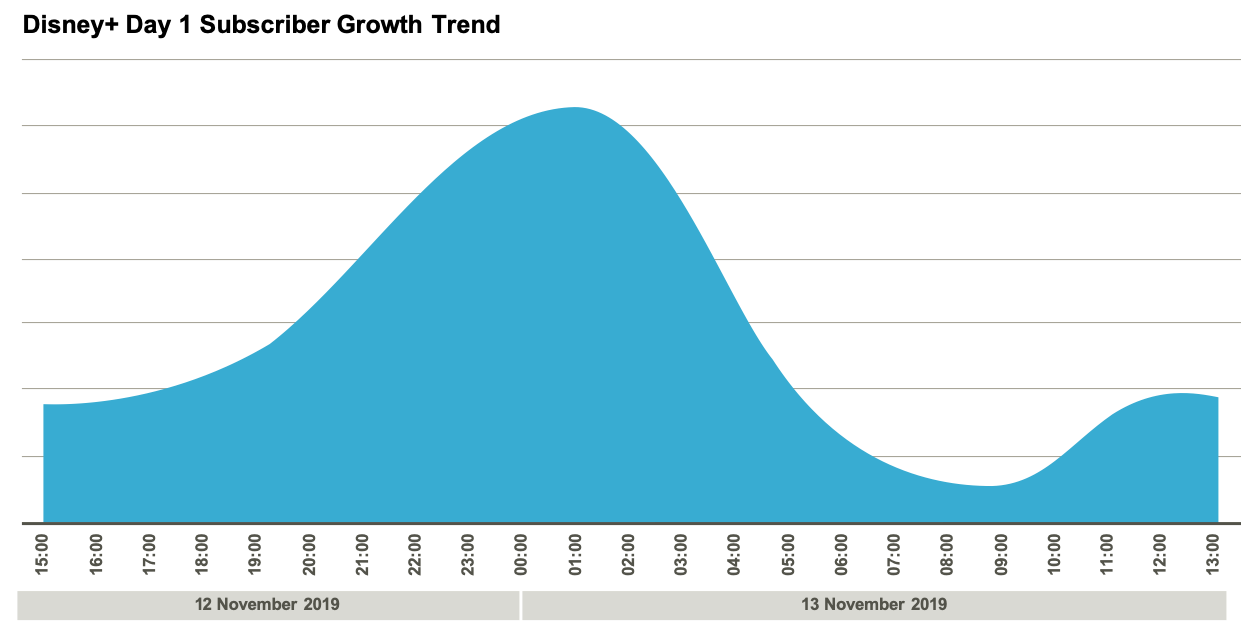 How does this kind of engagement result in bandwidth growth? Let's zoom in on the peak hours, specifically between 19:00 and 22:00, and compare Disney+ to the other major OTT players: Netflix, YouTube, HBO Go, and even Twitch. Disney+ doesn't fare too badly for day 1 on this network either:

Interestingly enough, there was a lot of expectation that piracy for The Mandalorian (one of the biggest draws of original content of the service) would be high. However, compared to Game of Thrones, it was a drop in the bucket — so far. By comparison, we saw several hundred thousand people downloading Game of Thrones episodes an hour after airtime. Below is a shot from a file sharing site two days after launch - and this was the high point in the number of sharers:

Will the Disney growth continue? I expect this weekend it will, but we will see if the momentum continues and Disney can crack the Top 10 in our next Phenomena Report. If we see any big changes, we will be sure to let you know! If you missed our 2019 Global Internet Phenomena Report, click here.

Stay tuned for next week when we cover the launch of what might actually be the next Internet Apocalypse ( or rather Phenomena 😉) — Google Stadia. If the subscriber numbers for Stadia are significant at all, it could change the balance of power on the internet away from video and right onto gaming. Don't worry, we are watching for you and will keep you informed — we live the phenomena every day! 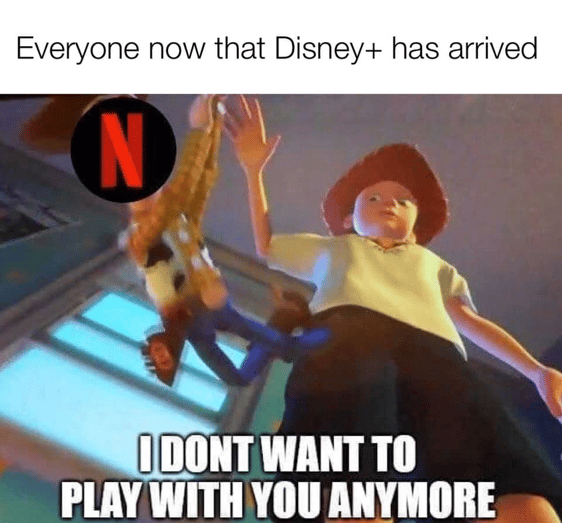