Many network administrators cringe when they hear "Patch Tuesday" or "New IOS Update," because they know a flood of traffic will hit their network, bearing a startling resemblance to a large-scale DDoS attack. Well, "Marketplace" (my category designation) traffic was 2.65% of downstream traffic this year, and the biggest component of that traffic is from Microsoft and Apple Updates.

As with several of the other updates in this series, I decided to look at traffic across the entire 1H of 2019 to see if there were any outliers, as well as to compare the volume and scale of the two traffic sources. The results lined up as expected, but with an interesting twist.

First, let's look at the comparison of how many connections are made to the update services. Before I do that, recognize that even Apple devices with Office software phone home quite frequently, so this graph is not an accurate portrayal of how many devices of each type are on the internet, but instead demonstrates that there are more devices with Microsoft software on them. 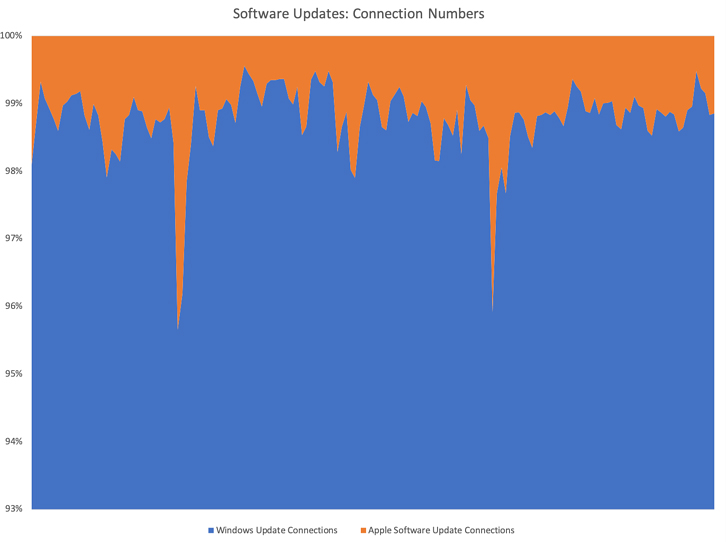 This graph shows that over time (the x axis), the total volume of connections never drops below 95% of active connections belonging to Microsoft Updates (which is labeled Windows Update because that is what our signature happens to be labeled!). This is not unexpected, as there is a huge installed base of systems that use Microsoft, all updated quite frequently.

But the real question — what is the volume comparison? When I do updates, the Apple Software Updates tend to be much larger in size than Microsoft ones. So, who uses more internet volume? 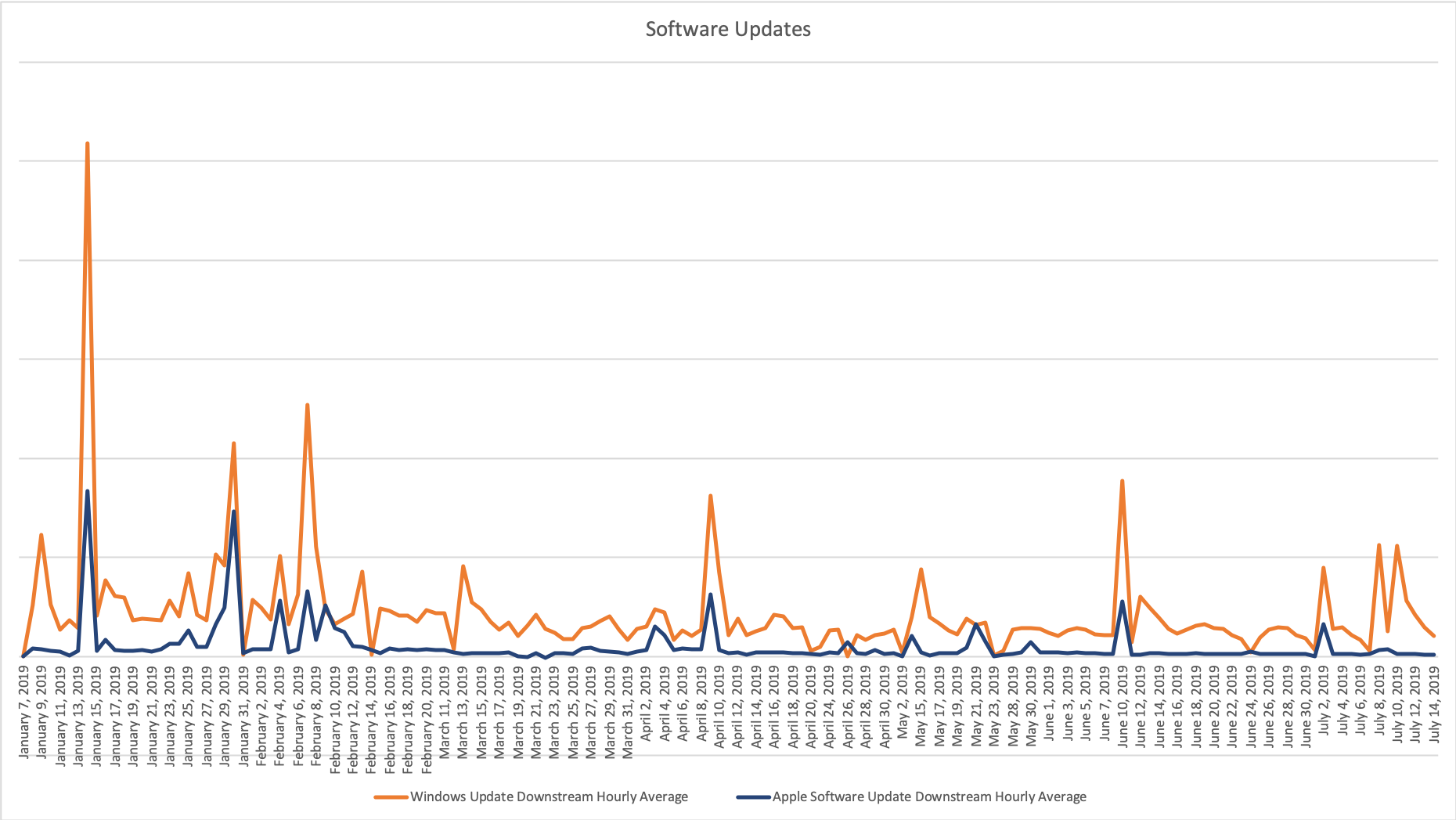 Generally speaking, Microsoft does, but some of the Apple updates, despite the large difference in connections (and device numbers), are nearly as much as the Microsoft updates. The scale of the Y-axis is not given, but the peaks in this graph are all within the same order of magnitude (i.e., the flat line actually represents the floor of bandwidth usage, which is still 2% of overall internet volume). On one occasion (the week of February 9th), Apple actually passed Microsoft in volume during a peak usage week. That week was when iOS 12.1.4 was released (according to https://support.apple.com/en-us/HT201222).

What does this matter to operators? Well, know that when iOS and major Windows releases occur, your network will have a high volume of download traffic going on. Most people update on home WiFi or work WiFi, but we do see more people taking full advantage of unlimited mobile plans and simply letting updates download automatically whenever they are available. This traffic has very different quality of experience (QoE) expectations than say video, so if you are trying to meet consumer expectations, this type of traffic is one that can be more easily managed to improve QoE (which, by the way, is still in-line with BEREC guidelines for network neutrality!).