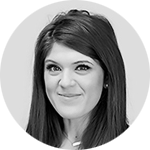 It has almost been a full year of work-from-home, social distancing, and all the other things that COVID-19 changed about the world.

One of the biggest impacts of the COVID-19 effect was the heightened attention to the importance of high-quality broadband networks, which we already had a huge reliance on before, but now it is a matter of economic survival for many companies and even national economies. From a network perspective, there were some substantial impacts on how network utilization changed, from the elimination of the traditional “peak hour” in favor of all-day sustained congestion, all the way to the digital transformation of many in-person services to video conferencing.

There has also been more work, more gaming, more social networking, more video streaming, and more Zoom calls. But, what about the networks that help us do all of this from the safety and comfort from our home? Can they continue to support the continual usage growth without affecting the business model for the broadband operators?

Network operators are continually exceeding the capacity they have in both residential and business areas. There has never been a more pressing need for a broad set of network intelligence-based tools to understand how this capacity shortage is affecting the user experience. It’s more important than ever for operators to understand what applications are being used and how they are performing when both the entire education and business of a country is running on the available network bandwidth. More than that, network operators need to know how to get the maximum performance out of the network – on the upstream and downstream – and ensuring that people have good end-to end QoE, from their WiFi access point all the way to the content provider they are interacting with.

In February of 2020, just before COVID-19 hit, Sandvine launched a new high-performance data plane to the market. ActiveLogic was introduced to solve the ever-increasing array of network intelligence problems operators face, whether that is coping with increasing encryption, meeting hyperscale needs for cloud deployments, or taking advantage of closed-loop automation – all while delivering a really solid TCO to support continuing investment and profitability in their network infrastructure.

“Despite 75% of traffic being encrypted, Sandvine’s machine learning-based traffic classification accurately classifies more than 95% of traffic, regardless of encryption.”


This hyperscale data plane is powered by machine learning, evolving from its “Deep Packet Inspection” predecessor to address the massive impact on application classification accuracy brought on by pervasive encryption. It took the best capabilities from Sandvine’s PRE and PTS to deliver the inline element that is ready for the application and bandwidth demands facing the next generation of cloud and 5G networks, while still supporting the existing broadband deployments with 4G, satellite, cable, and FTTx.

ActiveLogic had been in planning since the new Sandvine was launched to the market; years of practical network deployment experience were poured into this major evolution of the telco data plane. Sandvine wanted to ensure that whatever the present and future held for networks, our customers would have a data plane that was strong enough to handle the market challenges and take advantage of the opportunities as well. Our ActiveLogic deployments have enabled our customers to not only survive but thrive in this fast-paced world that was changed overnight due to the impact of COVID-19.

Despite how proud we are of ActiveLogic and what it has done for our customers, it came as a surprise to be selected as Frost and Sullivan’s Data Visibility and Traffic Management New Product Innovation Award.

According to one of Frost and Sullivan’s analysts, one of the reasons why ActiveLogic was selected was the following:

“With many operators experiencing a significant shift from the enterprise to the consumer broadband, ActiveLogic is primed to gain further traction among new network operators. This is because of the product’s effectiveness in alleviating congestion on the network while enhancing the performance visibility of encrypted traffic from applications on the consumer bandwidth,” – Rohan Jay Thomas, Industry Analyst, Test and Measurement Frost & Sullivan.

As life returns to a normal, this almost-constant reliance on broadband connections for entertainment, business, education, social interaction, and much more, may in fact not dissipate to pre-COVD-19 levels. This means that not only fixed, but also mobile and satellite networks will require a higher level of network intelligence, as we have all become accustomed to high-quality video streaming, gaming that doesn’t lag, and Zoom video calls that don’t freeze or break up. Sandvine’s ActiveLogic is here to help any network operator keep up with these changes, whether used as an Analytics, Network Optimization, or Revenue Generation solution.