I wrote about the Opening Ceremonies here, and showed how Facebook properties dominated mobile network traffic for that event. Unfortunately for other social networks, that trend continued for both the semifinal and final football (soccer for Americans) events and the Closing Ceremonies.

The below graph shows the bandwidth usage in the Maracana statdium throughout the Olympics. 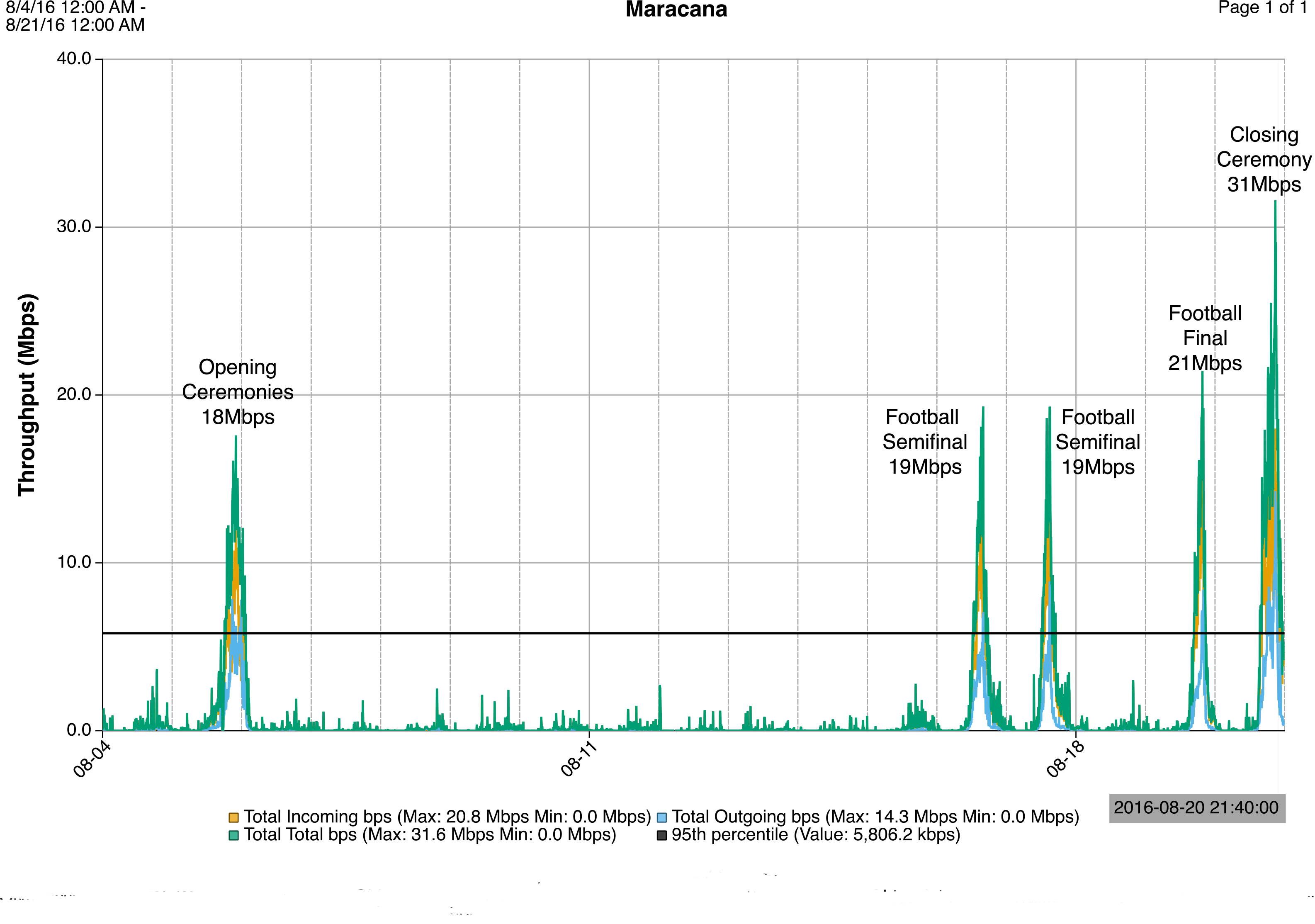 As you can see, the usage at the stadium actually increased from the Opening Ceremonies to both of the football semifinal events, increased again for the football final, and then increased by almost 50% for the Closing Ceremonies. The question is - what were all those people doing with their mobile broadband?

For the football final, they were sharing - once again leveraging multiple Facebook properties to celebrate the historic final where Neymar Jr. came up big and led Brazil to the gold medal.

Instagram, Facebook, and WhatsApp took the medals for top usage, followed by Snapchat and various other appliations (including interestingly enough - Netflix, I guess some people got bored and wanted to watch a movie!). As in the Opening Ceremonies, Facebook was the highet usage, with people browsing Facebook to see what their friends were sharing, and WhatsApp uploaded the most data (more than double any other application), indicating that people were uploading and sharing their experience with close contacts more even than on social networks.

For the Closing Ceremonies, the story was much the same: 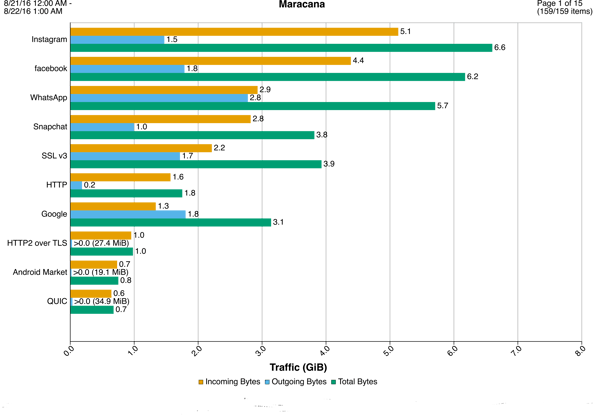 In Brazil at least, Facebook is the Gold Medal winner in the App Olympics - with Facebook, Instagram, and WhatsApp consuming over 45% of the bandwidth at the largest events at the Olympics.

We have some other fascinating looks at the data from the Rio Olympics, stay tuned over the next few days as we share more analysis.