Niantic timed their entry into the Olympics perfectly – as Pokemon Go is now available in Brazil. The game is so popular that the Mayor of Rio actually begged that the game be released in Brazil in time for the Olympics. One of the Olympians loved it so much that he accidently spent $5000 in data roaming charges playing the game!

We have been preparing to monitor a mobile network in Brazil for the Olympics, and we were able to catch the launch of the app live as it hit Brazil, and the adoption is pretty amazing in the Rio area. The Pokemon Go craze hit this network in two big areas – first when the players downloaded the app, and then when they started to use it on the network.

The first two graphs show the traffic to the Google Play and the iTunes Store. As you can see in both cases the normal traffic to the App Stores more than doubled at peak when the app was released – as you can see from the scale of the graph, this was not a few Mbps of traffic – in both cases the scale of increase was Gbps (or 10s of Gbps) instantaneous traffic spikes. 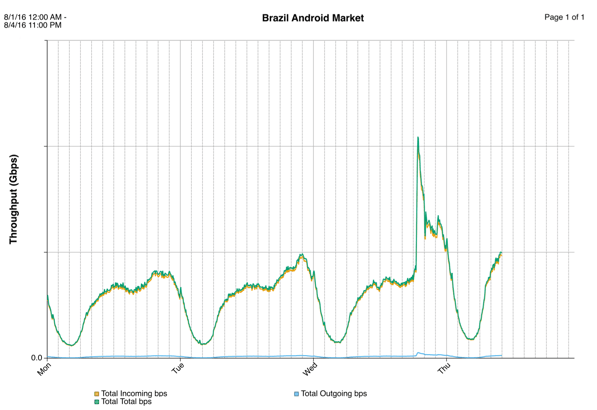 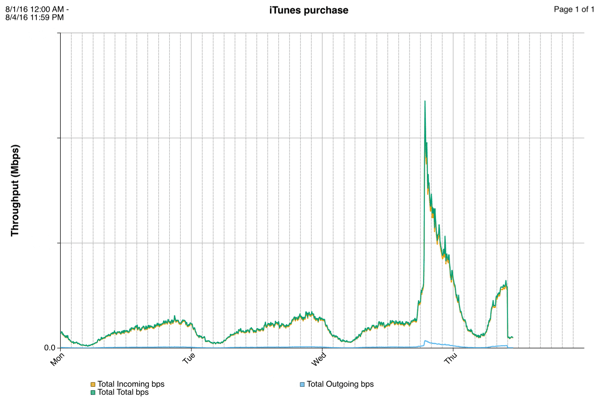 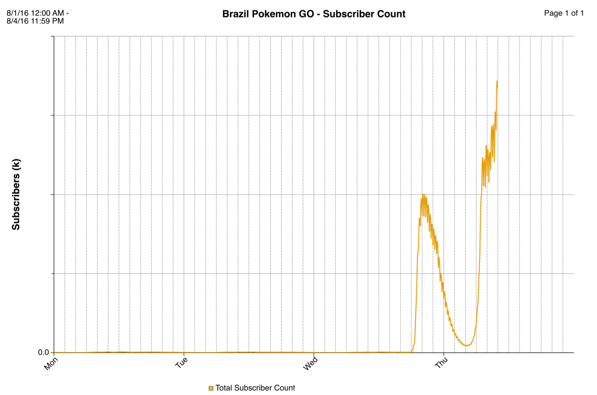 It is interesting to note that the upload and download traffic for Pokemon Go is symmetrical (i.e. the upstream = the downstream), something that I did not notice in the previous reports. And since the usage is pretty consistent per subscriber, the bandwidth usage curve matches the curve for subscriber adoption. If you are an operator, watching the number of users that are playing Pokemon Go will give you a pretty accurate forecast on how much bandwidth you will see consumed on your network – unlike video streaming applications where the bandwidth per subscriber is variable (based on devices, screen sizes, etc). As we have mentioned previously, the bandwidth usage per subscriber is low for Pokemon Go, but when you have millions of mobile subscribers playing the game (and Rio has millions of mobile subscribers locally, not to mention international roamers now), it adds up. 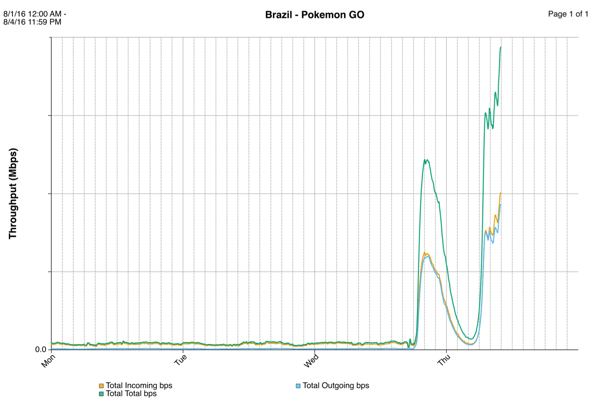 Is your network ready for the NEXT big thing?

This is a quick snapshot of how quickly a new application can change the consumption dynamics on a mobile network. If Pokemon Go had not been as well written as it was to use a small amount of bandwidth, the impact would have been huge on networks around the world – not just taking up a few % of consumed bandwidth, but maybe taking up Netflix-levels of bandwidth (from 30-50% in networks around the world). Does your network have the visibility it needs to catch the next big thing?

Stay tuned for Olympics coverage later in the week and over the weekend!