Pokemon Go: The latest Internet craze – How is it impacting your network?

Some of you may have heard about Pokemon Go – it is already being proclaimed the most successful mobile application of all time (at least from a launch week perspective). A few of the stats that I have seen are amazing (and there are many, many more):

We have all seen people walking around like zombies playing the game. But how much impact is this having on the mobile networks that you are on?

I decided to take a look at one mobile network and see what impact it was having, not just on bandwidth, but also on the subscriber participation percentage as well as the number of sessions that the application generates. And as I suspected, it was very interesting….

I looked at a European mobile network that was almost 2M subscribers , and over a three hour period, over 7% of the active subscribers on the network played Pokemon Go. 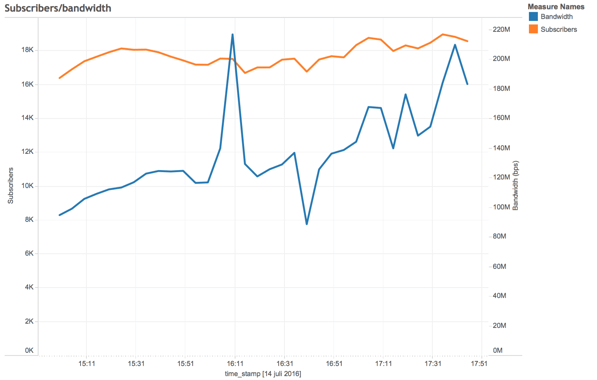 Bandwidth is just one factor on a network. One usage parameter often overlooked is the number of sessions that the application generates, which affects “stateful” network elements (analytics, charging, and security among them), have to deal with “chatty” or “noisy” applications as they consume system resources.

That may seem harmless, but remember that Pokemon Go has not yet fully monetized their model with advertising and sponsorships. So take that number, and then imagine that every 10 feet someone walks, a new sponsored ad pops up, or a company is paying Niantic to let them know when Pokemon players are near their location, generating a new session and data that gets sent back to the game servers. This may would likely pop the total up nearly exponentially, which would mean that mobile operators would have to do capacity planning with this as a major factor.

This was just a quick review on how Pokemon Go is hitting broadband networks – We will keep an eye on how the app evolves as it starts adding more advertising to see if that dramatically changes the behavior.

This is a good example of how application-aware analytics can help an operator react to something unexpected like Pokemon Go. Interested?