The rumors of Netflix launching a download service are getting very real. Reed Hastings, CEO of Netflix, mentioned this service in the Q1 2016 earnings call:

Many news outlets (here, here, and here are a few) started reporting recently that this service is getting closer to reality for consumers. Netflix is not the first company to offer this service (Amazon does for Prime, and several cable companies offer this as well), but Netflix has a huge customer base that already dominates most networks that operates on, so this will likely have more adoption than the existing offerings. What does this service offering mean for consumers, and what does it mean for broadband providers? 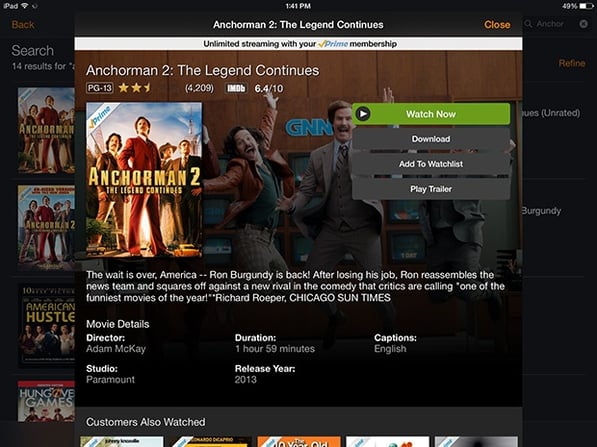 If we analyze Reed’s comment above, he nailed about 65% of the problem (in my estimation) for many consumers: that they simply don’t have a broadband connection good enough to sustain a high quality video stream. With the requirement for streaming video ranging from .5Mbps for basic connectivity to 3Mbps for SD, 5Mbps for HD, and 25Mbps for 4K/UHD, many satellite, rural wireless and DSL, and even congested WiFi networks cannot deliver consistent bandwidth for a good streaming experience.

The next 25% of the problem is broadband caps – and Netflix has been working to help consumers with this problem as well. You can already tweak your Netflix settings to use less data (where you can consume up to 7GB/hour for 4K/UHD video streaming) if your broadband cap is low. Netflix worked with T-Mobile’s BingeOn service to reduce the resolution for T-Mobile customers to help them save data consumption and actually zero-rate the Netflix data usage as a reward for this. Although broadband caps are trending upward, there are still many places where the caps can affect consumers video consumption. One analyst hinted that this was another reason that the service was being looked at, specifically mentioning WiFi as the target for offload from the capped broadband connection.

The last 5% of the issue is when you want to watch a movie and simply have no broadband access. The lack of access could be physical location – watching video in the Outback in Australia for example. It could also be a common use case of being in transit from one location to another where broadband is either unreliable (subway, train) or unavailable (airplane or boat) to stream video. Most transportation-specific broadband offerings block or discourage Netflix as a general rule due to their limited download capacity compared to the potential number of users. Heck, some airplane WiFi that I have used can barely get email, much less stream video!

So for the consumer, this service is nothing but good right? Pretty much, although there are some devices that will not be able to take full advantage of this. Storing an HD movie will take up quite a bit of storage space, so if your mobile device is already full, get ready to carve out space to store the media files. I predict a lot of apps being deleted off devices when this service comes out as people struggle to fit a number of episodes from their favorite bingewatching series. Some devices (Chromecast or Amazon’s Fire Stick for example) also do not have local storage, and will not be able to take advantage of this service (but you could download to your PC or mobile device and cast to the Chomecast as a workaround). I would expect some of these devices to introduce the ability to add flash storage to their system to possibly take advantage of this service.

Verdict: Win for the consumer 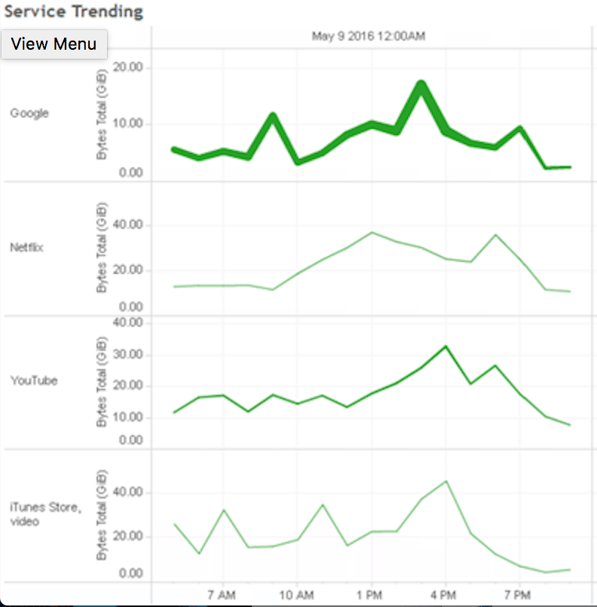 As a broadband operator – what does this mean to you?

Well, I have good news and bad news for you…

First, the good news. You will probably see some traffic shifting to off-peak times as consumers start the download of content that they want to watch before they go to sleep or even before they leave for work – at least for the content that is made available off-line, which is likely to grow over time as content providers get comfortable with the offering.

Now, the bad news. Consumers will likely download higher definition copies of video content – especially 4K video that many of them cannot stream with their broadband service (since ~25Mbps is required). Another big issue the traffic pattern on the network shifts to the old P2P-style model – where most download applications try to download content as fast as they can to minimize wait time. Since the traffic pattern for downloading traffic is different than the pattern for streaming video - where you get bursts of traffic to fill buffers, and only for the part of the movie that the consumer is watching - these download will use whatever bandwidth it has access to get the file to the device that requested it. We will have to wait to see how Netflix implements this, but it will highlight the need on broadband networks for good Fair Usage and Traffic Management solutions.

If you are a public WiFi provider, the news is probably even worse. As mentioned above, capped broadband users are likely to run to your network to try and download their videos for consumption later. This will undoubtedly congest your network (requiring those same good Fair Usage and Traffic Management solutions) and require you to figure out how to manage your offering. I have special pity for airports, as this is where consumers will be desperate to get their download before they get on their flight (maybe a good monetization opportunity to offer a higher speed for Netflix download only….hmmmm). iTunes download is already one of the biggest bandwidth hogs at airports (as shown in the above image), and this would likely exceed that significantly since these videos would be seen as “free” by the consumer since they already pay for their subscription, where iTunes videos are bought a la carte. (graph if Bill approves).

Verdict: Too early to call – could be good, could be painful – but if your network is designed to manage congestion and deliver fair usage, you will be fine.

Netflix can make this service easier on broadband operator's networks. How?

An obvious option is to allow scheduled downloads to be setup by consumers that start during off-peak times. Let’s say for example that I know that the new season of Orange is the New Black comes out tomorrow at midnight. I could setup my device to download 2-3 episodes at midnight, when there will be less traffic on the network, and when I wake up in the morning to go on my flight to Timbuktu, the episodes are already on my device and ready to go.

Another option is to use intent-based downloading. Going back to my OITNB example, I could click on a “Binge offline” button on the show description, and my device could make sure that it always had 3-4 episodes on the device – so if I watched one episode, it would download the next in the series as I was watching the next one. In this model, Netflix could potentially “pace” the downloads to reduce network traffic spikes, as they would know the amount of time they have (~50 minutes or so) before the device would be short on episodes. If the device was offline, the moment it reconnects to the network, it could “top up” to fill the episodes that were watched already to hit the minimum number of stored episodes.

Netflix will also have to carefully think about how their application behaves on networks – do they setup the download client to automatically download as fast as it can, or do they pace the downloads to reduce network strain? Will there be an option in the client to configure the network type that you have so Netflix knows how much bandwidth they can expect to have for downloading? In many P2P file sharing applications, you can limit the bandwidth used by the client, will Netflix offer that as an option? There are a lot of options that could be used here, and Netflix has a history of doing a great job with their applications, so I expect them to get this right.

Verdict: Time will tell, but I expect success.