When the World Cup was still in full swing, I published a blog that highlighted the impact that the games were having on mobile operators, and I promised a follow-up piece. Now that the event is over, players are beginning to arrive back to their teams, and comprehensive data is available, I figured this would be the best time to take a look at the World Cup from a different angle: piracy.

Sandvine did a study for one of our customers in the Middle East to determine how much of the World Cup streaming on their network was pirated content, versus the legal rights holder for streaming in their country. If you are a rights holder for the World Cup (or almost any high profile sporting league/event these days), you likely paid anywhere from tens of millions to billions of dollars for the right to broadcast, or sometimes only stream the event – like Amazon has done with the NFL to stream only Thursday night games. FIFA was expected to make over $3B in broadcasting fees from the event, and made efforts to prevent piracy, having reportedly cracked down on a broadcaster that was illegally broadcasting the games throughout the MENA regions without the rights during the event.

Despite these efforts, our study showed that on just a single Middle Eastern network, up to 40% of the streaming of World Cup games was composed of illegal streams from unlicensed providers.

To determine this, Sandvine used a number of different techniques that are part of our Video and Television Fraud Management solution. First, we looked at the overall usage of HTTP streaming during the event, and then compared that to the rates before and after the event. We then did an analysis of the content delivery networks (CDNs) used to stream the game, and compared those to the authorized streamers. Below is an excerpt of some of the streaming sources that we saw: 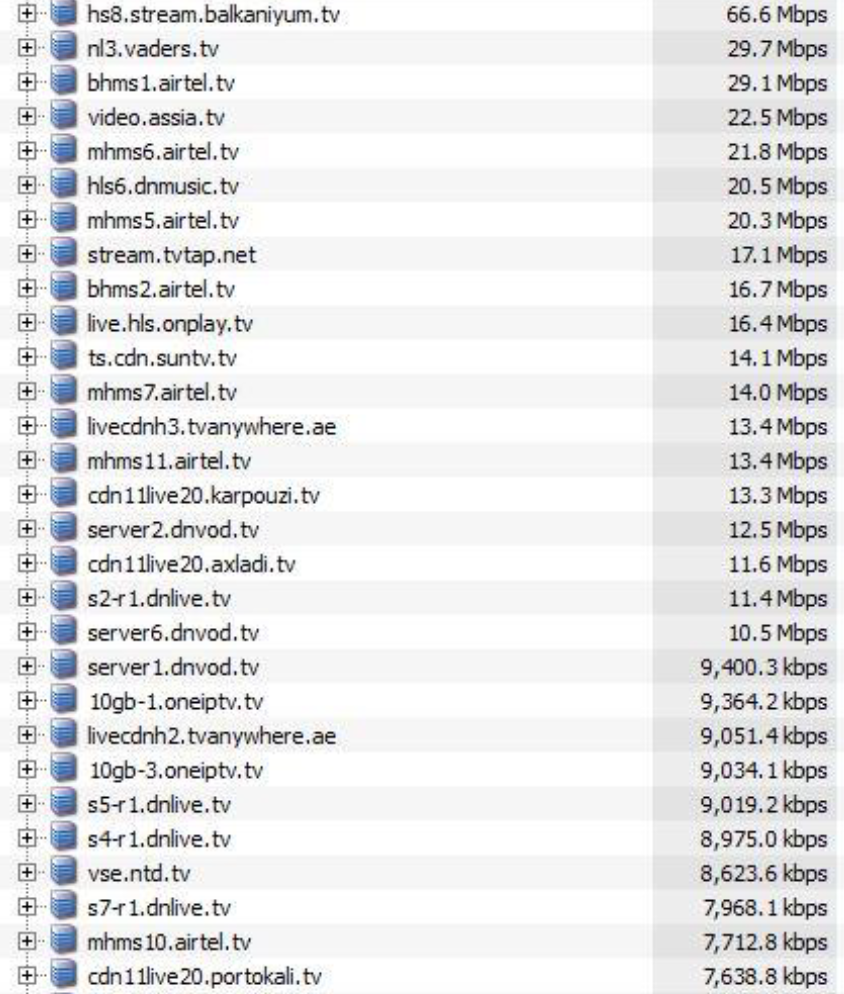 For some streams, it is actually possible to dig a bit deeper and determine what device is being used to stream the content. Just as our recent Global Internet Phenomena report on piracy indicated, Kodi devices were very popular for streaming. The screenshot below shows a Kodi device as the source of streaming:

If you are a rights holder and own a network, and are concerned about revenue leakage from piracy, Sandvine can help you understand the magnitude of leakage that is occurring on your network – let us know if we can help!