The pioneer in this space is Peloton, who has one of the highest Net Promoter Scores (NPS) in the market, for their connected bike. The bike comes with a gorgeous 22 in HD display with a resolution of 1080 x 1920 pixels, and all of the video content is streamed in 1080p HD. Peloton streams up to 14 classes a day, and has an ever-changing library of ~4000 on demand classes. Peloton is valued at $4B – highlighting the growing popularity of connected fitness, and Peloton boasts over one million paying subscribers in the US. Most classes show several thousand participants within the first week after being recorded, and many continue to get rides for months or even a few years (theme rides are extremely popular — Jennifer Jacob’s Guns and Roses Ride is highly rated!).

Why are we covering them in the Global Internet Phenomena report? In July, during their “All For One” ride, over 18,000 people joined in live to stream a single workout. Since each stream is an HD stream (~8Mbps and over 800MB of volume), this is a pretty significant live event on par with other sporting events. 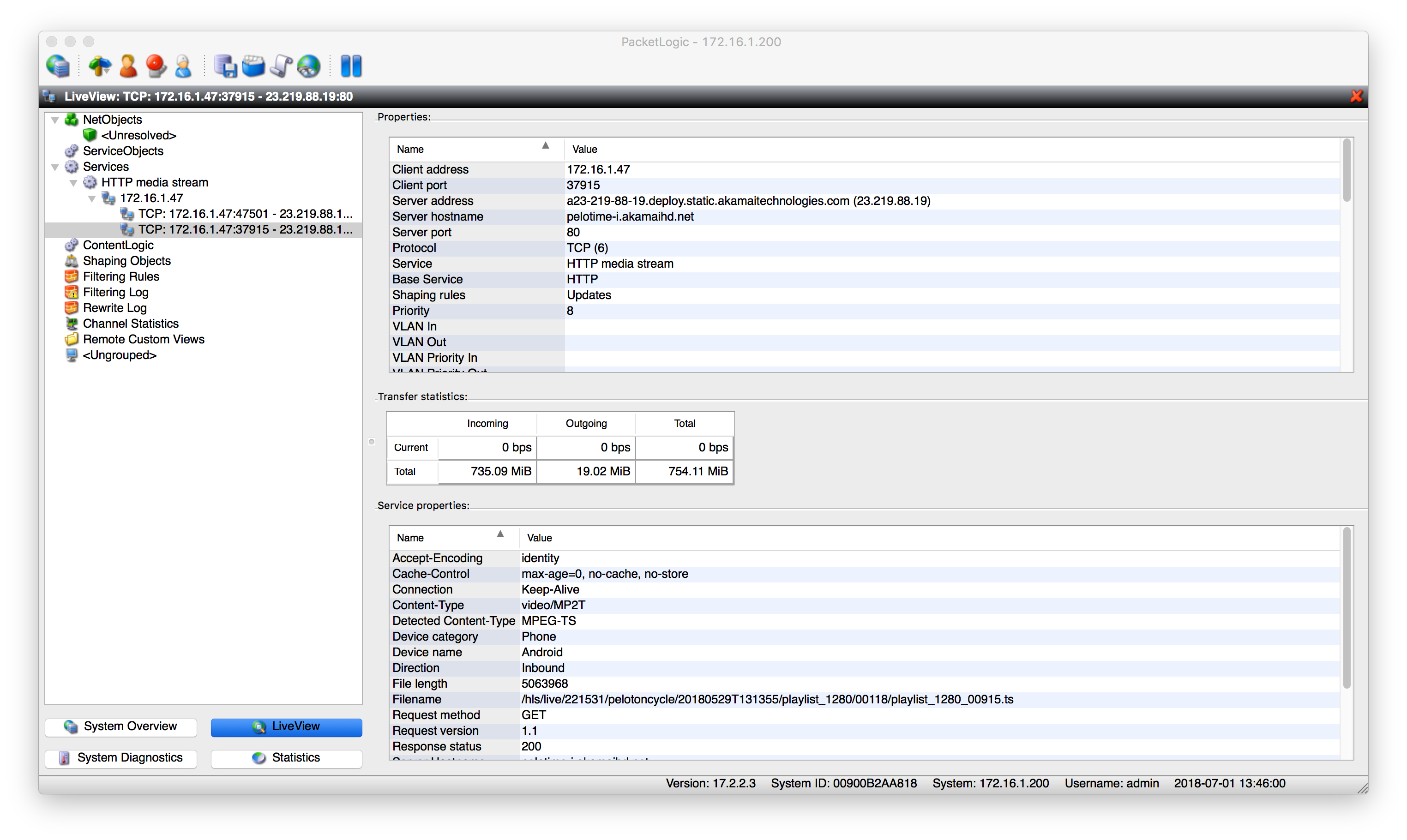 For their provider, that was 144Gbps of throughput and ~14.4TB of volume. Since then (as shown in the screenshot from my profile), over 56,000 people have streamed that ride, totaling over 45TB of volume. Some riders have taken the ride multiple times, but only their top score is shown and they are only counted once as a participant (in my defense, this was when I was brand new to the bike, so don't judge my score!). 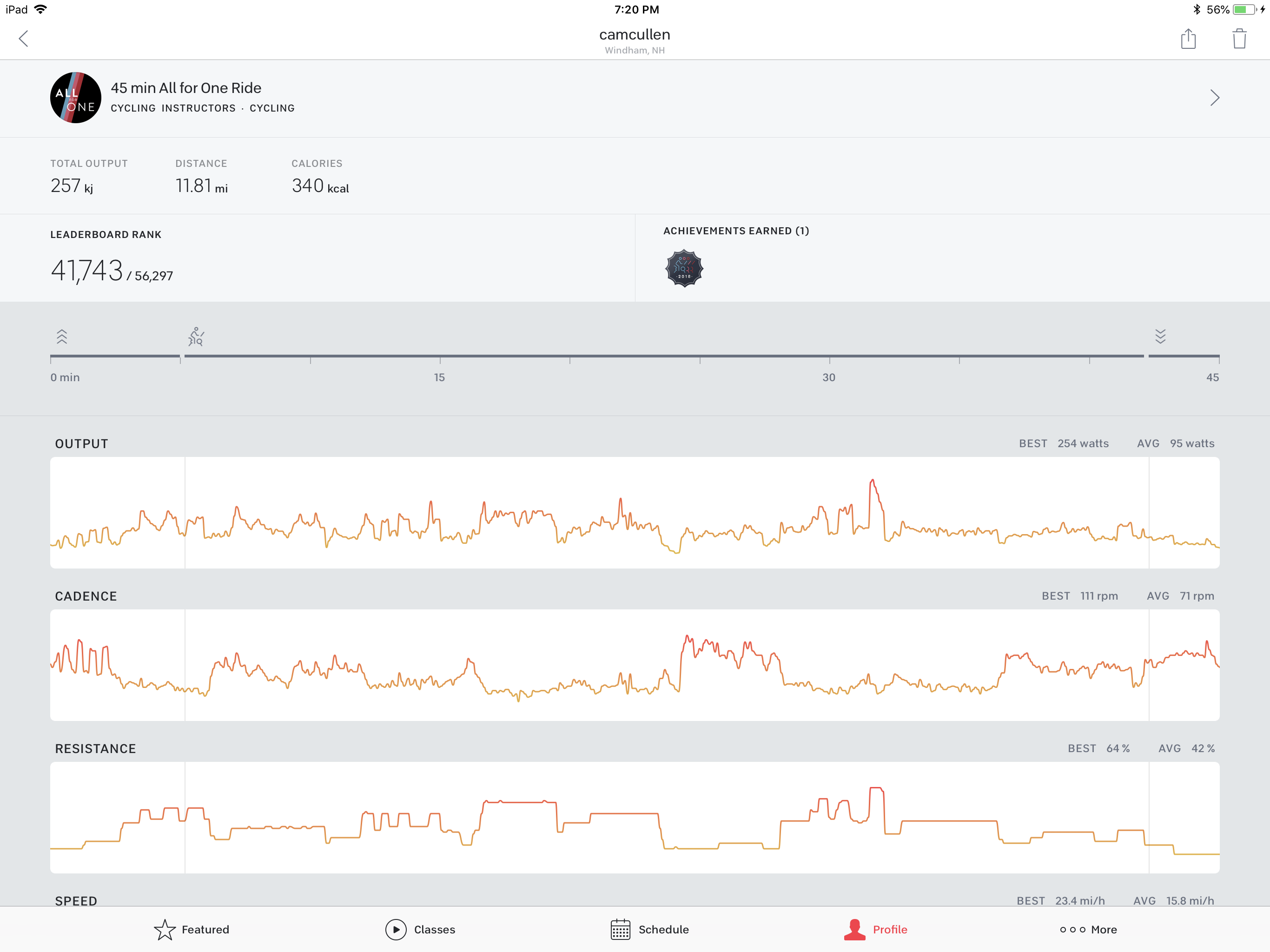 With a growing installed base, a connected treadmill on the way, and many competitors following the connected fitness craze, operators should keep an eye on connected fitness as a trend to watch out for. Global expansion begins with Canada and Europe in the fall of 2018.