Previous editions of the Phenomena report noted a decrease in file sharing traffic as Netflix and other streaming services came online, making content available through legal means. Well, that dynamic is changing yet again....

In the first Global Internet Phenomena Report in 2011, file sharing was huge on fixed networks and tiny on mobile. In the Americas, for example, 52.01% of upstream traffic on fixed networks and 3.83% of all upstream mobile traffic was BitTorrent. In Europe, it was even more, with 59.68% of upstream on fixed and 17.03% on mobile. By 2015, those numbers had fallen significantly, with Americas being 26.83% on the upstream and Europe being 21.08% on just fixed networks. During the intervening year, traffic volume has grown drastically on the upstream, with more social sharing, video streaming, OTT messaging, and even gaming on it.

That trend appears to be reversing, especially outside of the Americas. In this edition of the Phenomena report, we will reveal how file sharing is back. 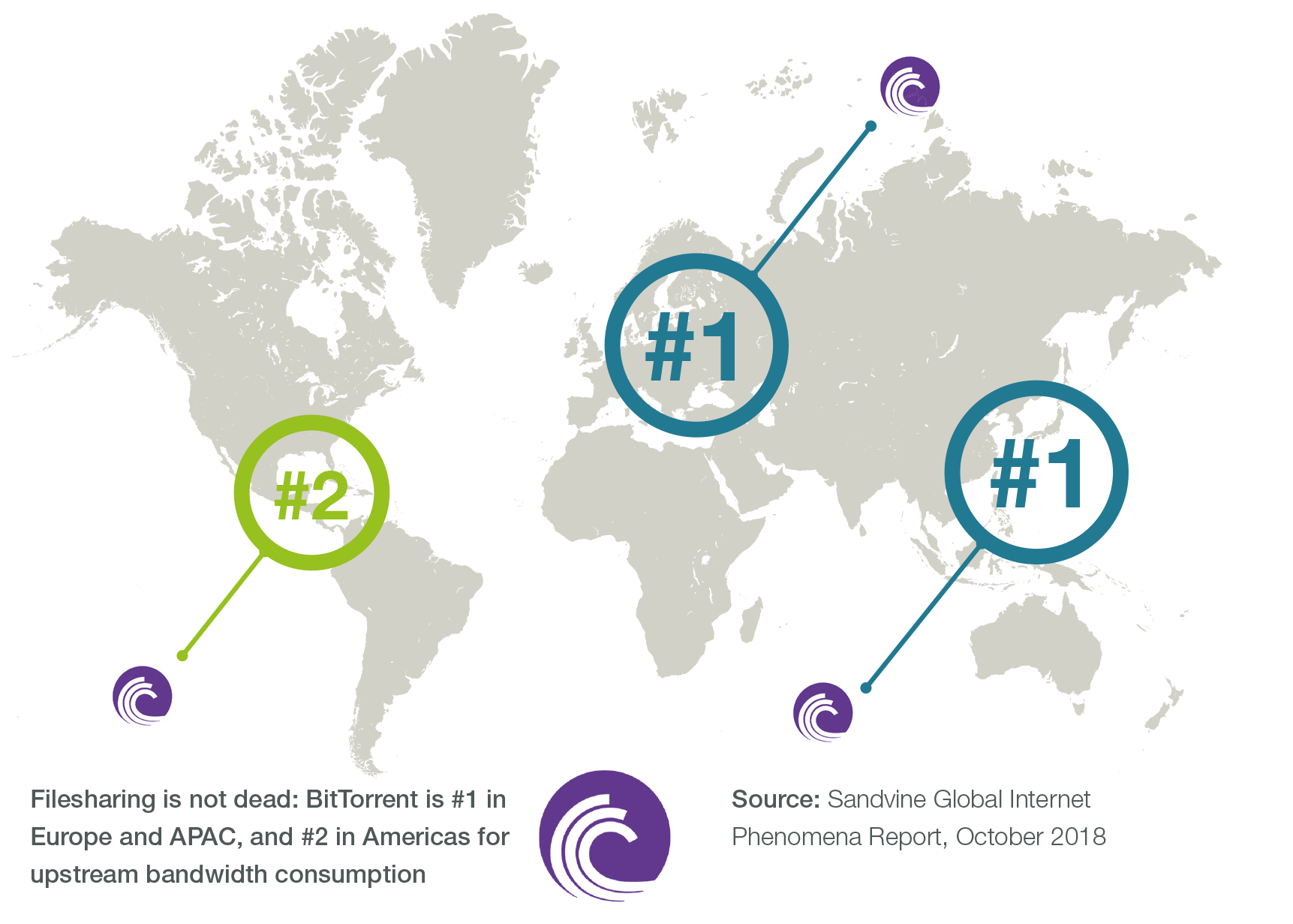 There are several possibilities for why file sharing is changing and increasing in EMEA and APAC:

More insights are coming this week on the report as we lead up to our report release and webinar update on October 2nd. By registering for our 2018 Global Internet Phenomena webinar, we'll send the report to you right when it comes out.