The Olympics kicked off in Brazil over the weekend (in case you live in a cave and missed the news), and rather than talk about the impact on Netflix (which dipped but not as severe as the 2012 London Olympics), I thought we could do something different.

I decided to try and prove the commonly accepted wisdom that in the hyper-connected world we live in today, everyone shares everything online, especially events like the Olympics. There has been a great deal of controversy on the limitations on the use of official Olympics hashtags but today’s mobile consumer loves to share.

Note: The statistics below are all from local Brazilian mobile subscribers (not roaming subscribers) that were in the area around the opening ceremonies immediately before and after the event.

Facebook is the gold medal winner, with over 46% of total bandwidth consumption 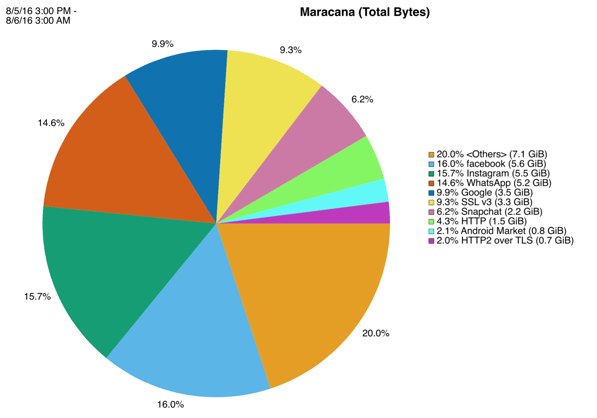 Facebook is clearly the social networking king – at least by the metric for the amount of bandwidth that their top applications use. The top 3 applications used near the Opening Ceremonies are all Facebook properties –Facebook, Instagram, and WhatsApp. This proves that at least in Brazil, when people share, Facebook is the big winner. The chart below shows the breakdown in the total traffic amount at the site (upload + download), and astonishingly, Facebook owned over 46% of the total consumption around the 2016 Olympic Opening Ceremonies. 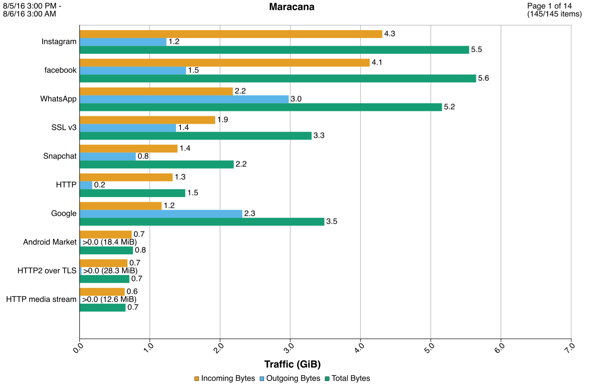 If you break the usage into upload and download, WhatsApp was the biggest application for uploading data from the site (the blue bar), followed by Google, which was likely searches for what else was happening or people researching things they saw during the ceremony (like the Tonga entrance and Gisele Bundchen’s walk). WhatsApp being in the top 3 shows the strength of Facebook's reach, as it was recently blocked in Brazil due to regulatory concerns, but did not lose users during the blocking. Also significant is the strong showing for Snapchat, which was the strongest non-Facebook application on the bandwidth usage list. It is interesting to note that there was very little video streaming happening, as perhaps people were actually watching the ceremony in real life rather than trying to stream it (not to mention the bandwidth available at the site was probably not ideal for streaming, as we discuss below).

Bandwidth usage jumped over 400% at the Opening Ceremonies 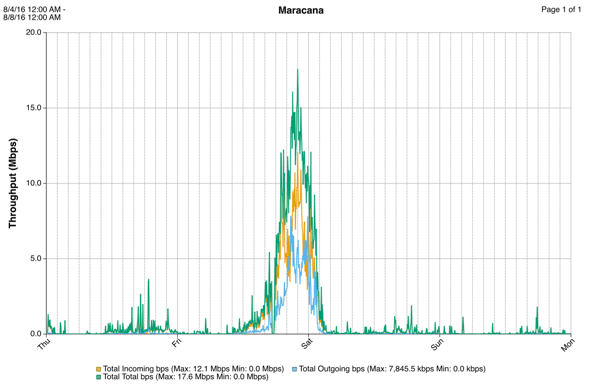 Building a network that can deliver to mobile subscribers under such a huge bandwidth spike is impressive (and this was just one mobile network in Brazil), and the mobile operators that deliver on this should be applauded! 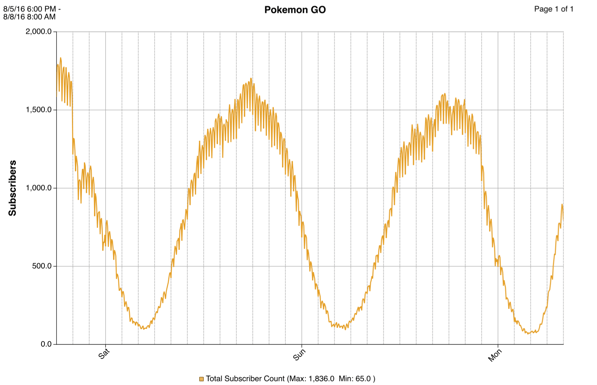 As a follow-up on our previous blog on the launch of Pokemon Go in Brazil just in time for the Olympics, I looked at the total number of subscribers playing Pokemon Go at the Olympics sites over the entire weekend, and it did not disappoint. As you can see from the chart below, a peak of over 1.8M subscribers were playing Pokemon Go (which occurred during the Opening Ceremonies), with consistent numbers throughout the weekend. Considering the app launched less than a week ago in Brazil, and this is just one operator and just the Olympic venues, those are amazing numbers.

Netflix blips down in Brazil 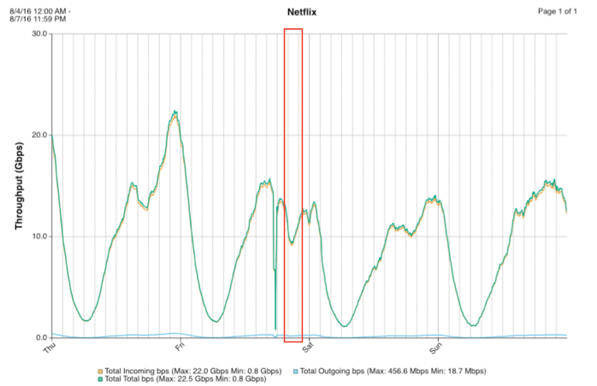 The chart above shows that on the overall mobile network (not just at the Olympic venues), Netflix does dip during the opening ceremonies, but recovers after. The overall usage during the event is less than normal (by about 25%), but we will watch to see if the loss is maintained during the week.

We will continue to monitor for any other interesting statistics worldwide, so stay tuned!