A Little Revolution is Good Every Now and Then 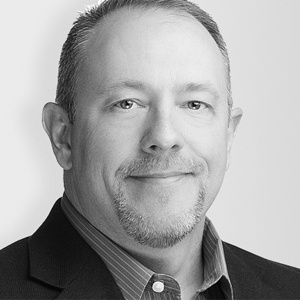 Last week I attended the inaugural NFV World Congress in the heart of Silicon Valley. The Valley has always been the heart of technology innovation and it was only fitting that this inaugural event would be held in “ground zero” of the internet and technology revolution. By today’s standards this first event was quite humble, attracting roughly 1,000 participants, but you could tell immediately (by the content, participants, and agenda) this show was going to be something different – something revolutionary.

The dialogue at NFV World Congress had shifted from a technology discussion to a business proposition.  No longer were vendors and operators debating the technical feasibility of virtualizing their delivery infrastructure. They now were determining how best to go about the process of transforming their business. ETSI PoC’s were demonstrating end-to-end virtualized business processes versus demonstrating technology VNF interoperability feasibility. In short, the conversation shifted from “can we do this?” to “how do we do this”! NFV is maturing.

Last week was particularly exciting for Procera. Working with our Intel Network Builders Ecosystem partners (Intel, Red Hat, Openet, Amartus, and Cobham) we unveiled Phase II of our end-to-end OSS/BSS Policy Control PoC (ETSI PoC #32). This PoC demonstrated interoperability, scalability, and lifecycle management of a virtualized PCC environment. For our team this was a significant accomplishment in that it is first end-to-end business solution demonstrated as an approved ETSI PoC and was a genuine testament to the effectiveness of collaboration. My hat goes off to our partners for their investment of time and effort in making this PoC real to our customers and to the NFV community!

I would be remiss if I didn’t comment on the number of new faces we saw last week. I’m sure this is a reflection of the maturity of our NFV community, and as a NFV veteran (can you be called a veteran in a community this new?) I can recall a time when we, Procera, were just beginning our NFV journey – fearless, but a bit nervous. So, in the spirit of true NFV collaboration I thought I would close my blog by sharing a few tips for those of you who are just beginning your NFV journey:

Tip #1: Join Intel Network Builders! No, I’m not on Intel’s payroll but having been a member of this program for 2 years I can tell you it’s worth it. The Intel team runs a world-class program and genuinely work to bring partners together through technology, education and collaboration. Intel is making a promise to the industry that all network functions can be virtualized and deployed on COTS technology and Network Builders is how Intel drives the fulfillment of that promise. It’s well worth your time and investment!

Tip #2: OPNFV – Pay attention to this group! Outside of the ETSI NFV ISG, one of the most strategic organizations in NFV is OPNFV. Driven by anchor vendors and operators, OPNFV is an industry-wide collaborative effort focused on establishing an open reference platform for NFV and VNF deployment. OPNFV is not a free organization and for those of us who are small vendors the price can be difficult to swallow, but the majority of work coming out of OPNFV is open source and anyone can leverage their work to ensure your VNF’s are adhering to the latest reference platform standards. I’m not saying OPNFV will drive the only reference platform standard for NFV, but with companies like Intel and Red Hat behind the group it’s a relatively safe bet.

Tip #3: Get involved in an ETSI PoC. Have you ever heard the old saying “be careful what you wish for”? This tip falls into that category. One of the most strategic ways to get exposure to the operators is to get involved in an approved ETSI NFV PoC. ETSI PoC’s are how the operators evaluate the feasibility of vendors, technologies, and business solutions in a virtualized environment. ETSI PoC’s are a great way to get exposure for your product or capability, but remember, they will require a large investment of time and resources on your part – and there are no promises they will translate into direct revenue for your company.

Tip #4: VNF Manager – “To be or not to be”. If you are a VNF provider probably one of the biggest decisions you’ll have to make is around VNF-Management. Your journey will begin with a short reading of the ETSI NFV Reference Architecture where you’ll find this elusive creature called the VNF-Manager. In a nutshell, the VNF-Manager is responsible for life-cycle management of the VNF. I say “in a nutshell” because that’s about all the information you’ll get, as the actual specifics of the VNF-Manager remain somewhat loose even today. This is where you’re decision journey begins. If you decide to create your own VNF-Manager you’ll quickly find that each Orchestrator you encounter will have different interoperability specifics so each PoC will, effectively, turn into a professional services engagement. On the other hand, if you don’t build a VNF-Manager you’ll find that some orchestrators don’t have built-in VNF-Managers, forcing you to end up building one to integrate with them. Early on, we discovered this dilemma and decided to build a pluggable VNF-Manager allowing our VNF to “snap” to new orchestrators or VIM’s without having to re-write our VNF-VNFM services each time. This is a decision you’ll want to make thoughtfully. On the bright side there is an effort underway by ALU, as a part of their CloudBand 3.0 release, to make a standardized VNF-Manager. This is a great first step and a long needed conversation for the community.

Tip #5: Don’t try to fake it! I see vendors time and time again try to “market” their way into NFV – touting impressive technology, feature, or performance accomplishments for the sake of making noise in the NFV community. If that’s your intent I’ll recommend you save yourself the embarrassment. Simply put, there is no faking it in NFV. NFV, by it’s nature, is a collaborative effort. That means that everything you accomplish (or don’t accomplish) is exposed –at minimum - to the COTS hardware providers, hypervisor/OS providers (remember, our VNF now runs on someone else’s infrastructure), orchestration providers, and even the operators themselves (if you’re involved in an ETSI NFV PoC). If you plan to announce an accomplishment around NFV you should automatically assume you’ll need third-party validation of that accomplishment – otherwise it will probably be ignored.

Hope to see you all at the next NFV community event – maybe with your own revolutionary NFV ideas!