I used to run Xbox Media Center on an original Microsoft Xbox, so I’m no stranger to Kodi. But, when you start seeing signs like the one below pop-up outside a computer store just down the street from your company’s head office, you begin to think that maybe nobody is a stranger to Kodi anymore. 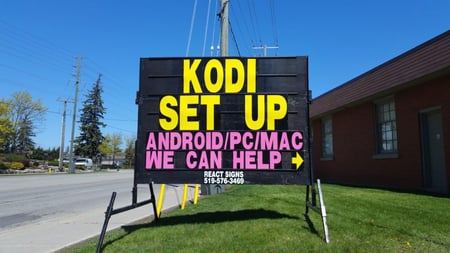 For those who are unaware, Kodi (formerly known as XBMC and Xbox Media Center) is an open source media player that allows users to view local and remote videos on PCs, set-top boxes, smartphones, and tablets.

Recently, the Kodi name has become increasingly associated with streaming of unlicensed content thanks to the availability of “fully-loaded” Kodi set-top boxes. These set-top boxes are sold online and in retail stores with versions of Kodi that contain unofficial “Add-ons” and modifications designed to drastically lower the technical know-how required to access unlicensed live and on-demand video content.

After talking to a few our customers about this phenomena, we began to investigate the issue and today published our latest Global Internet Phenomena Spotlight on the “Full-Loaded” Kodi Ecosystem. The report contains some revelatory facts, the highlights of which include: 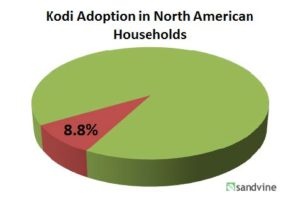 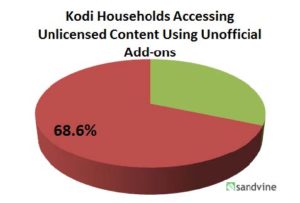 The report also seeks to correct the misconception that Kodi and its developers, the XBMC Foundation, are the primary beneficiaries in an ecosystem of streaming unlicensed content. The major beneficiaries of this new form of piracy appear to be parties in the ecosystem that are selling the “fully-loaded” hardware, unlicensed streaming services, and hosting services for monetary gain. Even absent the Kodi software, this ecosystem would still be in place and unlicensed video content still accessible via web browsers and other media players.

So if you want to learn more about the topic, and maybe even how that “fully-loaded” Kodi box you have in your home works, you should download in the report.