Last week a couple of Sandvine Engineers attended the very first ETSI NFV Plugtests event in Madrid, Spain.  ETSI sponsored the event, and its goal was to bring different vendors together that each implements a portion of the ETSI NFV architecture, with Sandvine being the only standalone network policy control vendor to participate. 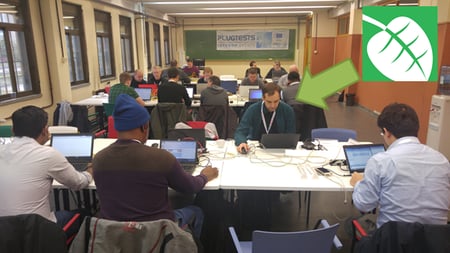 The Plugtest event was organized in a way so that there was a VPN network for each participating company to connect into, called the "hive" network.  Having the VPN network allowed vendors to have their respective technology connected and be shared by all the other vendors and for Sandvine this configuration allowed Sandvine to quickly onboard our VNF's on a number of platforms.

The actual event comprised of two working sessions per day, over eight full days. For Sandvine and the other vendors in attendance, it was an eye-opening event to see first-hand the realization of the NFV architecture getting implemented by a wide array of MANOs, VNFs, and NVFIs.

Overall, the event was a great success for Sandvine as we got to see our Policy Traffic Switch Virtual Series and Traffic Steering Engine implemented on a variety of platforms and orchestrators and demonstrated the elastic scaling of our VNFs to the community.

Sandvine’s participation in this event underscores our commitment to be the highest performing and most open virtualized network policy control platform, and the lessons learned from this event will help us to improve our solution as more fixed and mobile operators begin to virtualize their networks in 2017.