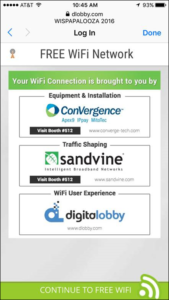 If you have ever attended a tradeshow, you know that quality of experience is often a challenge, so Sandvine and ConVergence decided to sponsor the Wi-Fi for the show and install our solutions, with the hopes of providing a positive experience for all show attendees.

During peak, over 4000 devices were accessing the free Wi-Fi at the event, and in order to ensure they all could have a positive experience, Sandvine and ConVergence put some basic traffic optimization policies in place, which included:

Throughout the show, Sandvine’s Control Center displayed Real-Time usage behaviors via PowerView at ConVergence’s booth, some of the most interesting revelations included: 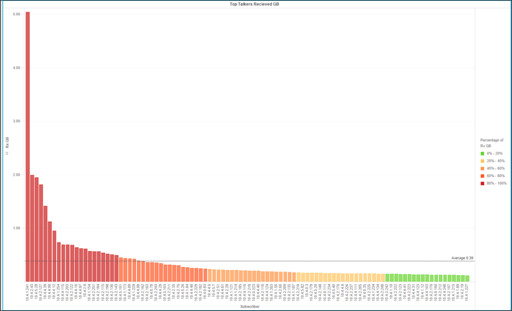 While one user at the show consumed almost 5 gigabytes of data, and a handful approached two gigabytes, the average user consumed 390MB throughout the course of the show.

The main usage driver of the heaviest users was often software updates for their smartphone or PC.

While our Global Internet Phenomena report typically shows Real-Time Entertainment dominating fixed and mobile networks, this was not the case at WISPAPALOOZA. The top application was Web Browsing (HTTP, SSL, and Google proxy), but there was also some significant Network Storage usage (iCloud and Dropbox), as well as email in the form of Office 365 among the top-10 applications

Another major source of traffic was Software Updates (Windows Update and iTunes App Store) which appeared among the top applications thanks to the fact they are configured to initiate automatic downloads as soon as they connect to any Wi-Fi. Even with Windows Update rate-limited, it still accounted for almost 7% of total traffic during the show, so for the final half-day of the show, Sandvine and Convergence removed the policies applied to see the impact it would have.

The dark grey in the image above shows that Software Updates (the majority of which was Windows Update) was relatively consistent throughout the show, however once the optimization policy was removed it rose to consume almost all of the network’s resources.  The graph above is an average over 15 minute intervals while instantaneous rates from just 5 PCs exceeded 90Mbps.

Sandvine and ConVergence had a great time at WISPAPALOOZA and we had some great conversations with both current and prospective customers. We look forward to providing insights during the Spring 2017 show WISPAmerica.  We can’t wait to provide an update on the evolution of tradeshow traffic trends.