A few years ago we covered the impact Hurricane Sandy had on one major city on the east coast of the US.

With Winter Storm Jonas hitting the same city this past weekend, we thought we would take a look at the impact the storm had on fixed Internet traffic once again.

What did we observe? On Saturday, the day the storm hit, Internet traffic throughout the day was 35% higher than the previous Saturday.

The chart below shows the increase in traffic, and how the network actually saw a sustained peak throughout the entire day. 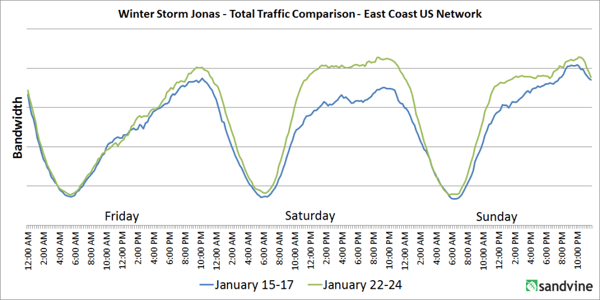 For the most part, traffic composition remained the same, with streaming video apps like Netflix, YouTube, and Amazon all having the consistent share of traffic that they had the previous weekend.

One traffic category that did see some significant gains was communications apps. For example,  FaceTime traffic throughout Saturday was consistently more than double that of the the previous weekend, and at times even tripling its typical traffic levels. 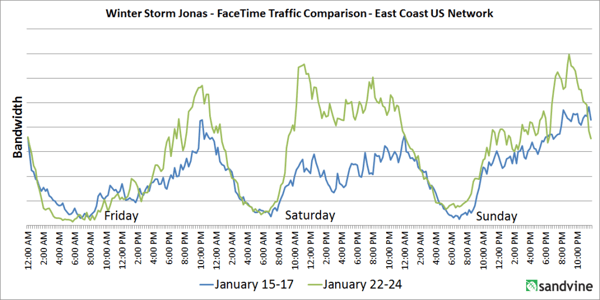 I guess there is nothing like a winter storm trapping people in their homes to get people to call their mom.